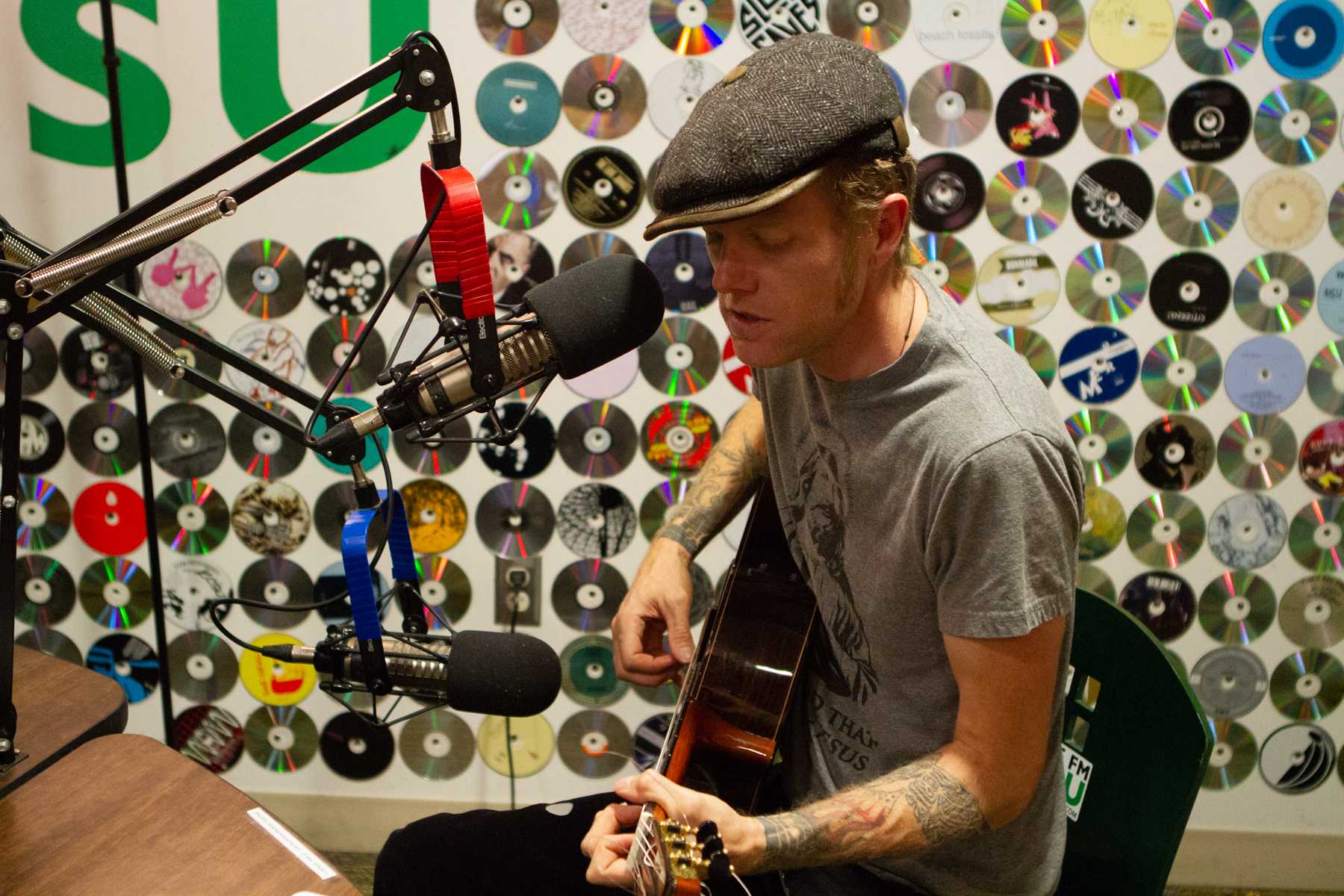 Clay Rose may get a little offended if you tell him he resembles Mortimer Leech, the frontman of The Widow’s Bane. “He’s very loud, very offensive. Not a guy you want to hang out with,” Rose said about Leech during his live in-studio session with KCSU while representing both The Widow’s Bane and Gasoline Lollipops, the band that he provides lead vocals and guitar for.

Interestingly, Rose’s distaste for Leech is an unique form of self-deprecation and performance art, as Leech is a fictional character that Rose steps into when playing with The Widow’s Bane. Rose views the personalities as two separate entities and was quick to share some inside stories of dealing with Leech’s crazy behavior. According to Rose, Leech was unable to make his KCSU session because, “he went missing last night down on East Colfax. We’ve still got people looking for him, unfortunately this happens all the time.” While Leech was sadly missing in action, Rose stepped up to the plate and covered some Widow’s Bane songs, including “Old Bayou,” and “Burns.”

Rose was also able to share exciting news about Gasoline Lollipops during this live performance and interview. Fans of the band will be excited to hear that the group hopes to release a new single around Thanksgiving, and a new EP is in the works to be released at the beginning up the upcoming year. “This one might have some more political leanings, it might be a little cynical and satirical,” Rose explained about the material currently being recorded.

Listen to the full interview and performance below.