Suzanne Jovin was a 21-year-old Yale senior in 1998. On December 4, 1998, screams were heard around the corner of Edgehill and East Rock Road in New Haven, Connecticut. At 9:55 p.m., Suzanne was found stabbed 17 times on the sidewalk with no one around except a mysterious man who was seen fleeing the scene.

Suzanne’s murder has been cold for almost 20 years, but new information has come to light, including a list of suspects that each has their own secrets to hide. 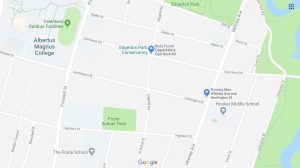 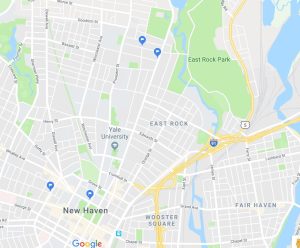 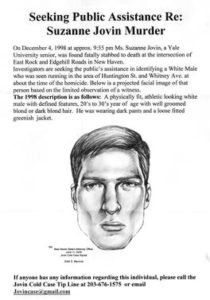