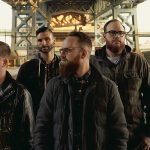 The Wonder Years’ earlier releases contained a sense of raw energy, captured in the depths of suburban Philadelphia and reflected the emo and pop-punk genres disdain for living in suburbia hell. Surrounded by white picket fences and false faces of the community, they found a niche of fans who felt the same feelings towards their hometown. The raw energy of their earlier records … END_OF_DOCUMENT_TOKEN_TO_BE_REPLACED 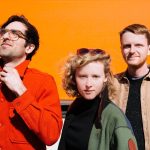 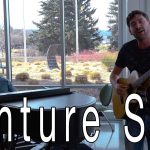 Venture Still joined us for the KCSU On-Campus Series and performed songs from their discography as well as a cover of Ed Sheeran's "Shape Of You" Venture Still blends thick organic textures with electronic elements to produce their take on alternative pop/rock. So far, they have released a single EP called "Live Again" in 2017. They shared their acoustic versions of "Lost" … END_OF_DOCUMENT_TOKEN_TO_BE_REPLACED 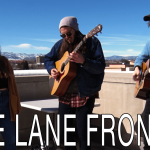 Local alt-rock band, Blue Lane Frontier, joined us for the KCSU On-Campus Series and performed their songs throughout their discography. Blue Lane Frontier is an alt-rock 5-piece band from Fort Collins CO. So far, Blue Lane Frontier have released one EP, one full-length, and a split with another local band. They share their acoustic versions of "Robert Fulton's Monster," … END_OF_DOCUMENT_TOKEN_TO_BE_REPLACED

Local surf-punk band, Bitter Suns, joined us for the KCSU On-Campus Series and perform their songs from their latest and first release, The Electric Sunshine EP. Bitter Suns are a 3-piece punk group from the suburban depths of Fort Collins. They share their acoustic versions of "Degenerate of the Week," "Rewind (Psychedelics), and "Electric Sunshine." The On-Campus Series … END_OF_DOCUMENT_TOKEN_TO_BE_REPLACED