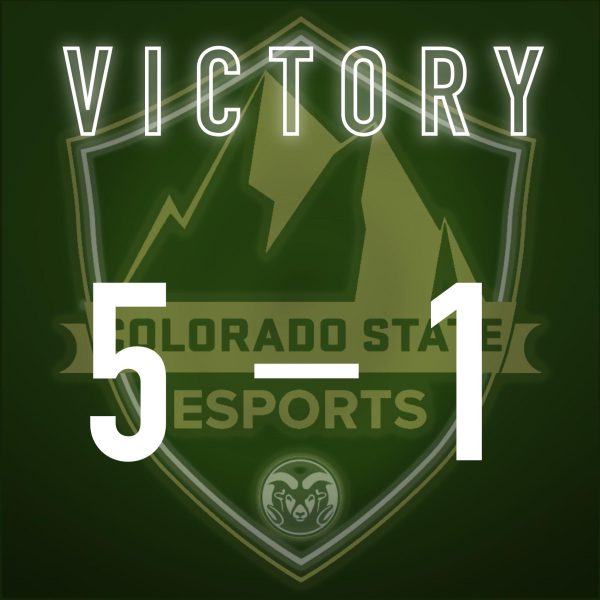 For the first time in their rivalries history, Colorado State University and University of Wyoming faced off Virtually. CSU esports handed a L (loss) to the Wyoming Cowboys over the weekend (8/29 and 8/30) with a 5 -1 victory in a myriad of games.

The Rams faced Wyoming across 6 different games, including the following: Counterstrike: Global Offensive, Valorant, League of Legends, Overwatch, Rocket League and Hearthstone. The latter of which was the only game CSU lost during the tournament.

Over 1200 people reportedly tuned in for the tournament. Parents, students and fans cheered on the their respective team.

The tournament provided a wide-variety of challenges for each participant. Games varied from first-person shooters to soccer matches between cars. This allowed the teams to display their skills in a diverse array of gaming expertise.

Just to paint a picture on how significant this tournament was, CSU eSports accomplished what would be comparable to a single team facing UW in Volleyball, Soccer, Football, Track & Field, Tennis and Softball.

CSU esports President Caleb Maranian appeared on KCSU’s Staple Sports show “Ramblers” on August 27, 2020. Maranian discussed the amount of practice the team undertakes, sometimes practicing multiple times a week. Caleb also expressed how excited he was for the growth esports. Additionally, he hinted at a couple upcoming tournaments, which will remain a secret for the time being. Maranian also reported that his team is continuing to grow their presentation, features, and also may consider delving into live-broadcasting.

COVID-19 has been detrimental to most sports in 2020. With Mountain West cancelled, club sports on hold and a weary eye on most college sports, an assumption might be made about the effects of the virus on the esports scene . Due to their ability to compete remotely, there were no real changes that CSU’s esports team had to face during the tournament. There was no traveling and all of the games could be completed within the safety of a team-members room. The only real concern players could face is the lack of a stable online connection.

The History Behind a Rising Scene:

Esports are a form of competitive video-gaming dating back to the 1970s. The first competition known happened at Stanford University on October 19, 1972, with the game Spacewar!. Esports is continually growing in popularity with the various games and convenience. Just this past year, several large esports tournaments happened; this included NBA stars facing off against each other in the game NBA 2k.

The broadcasting and presentation of esports has progressed through the use of YouTube and Twitch platforms for users to watch these events. Just like putting on a game of Basketball, a person can watch their favorite video-game being played competitively online. Additionally, most games have try-outs and the ability for most anyone to enter, depending on the talent parameters of the league/tournament.

For more information on CSU Esports follow their twitter page @esportscsu. They can also be reached on the popular gaming-communication-application discord handle “.gg/csu.” Congratulations to these Rams on their stellar performance and hard work. Go Rams.