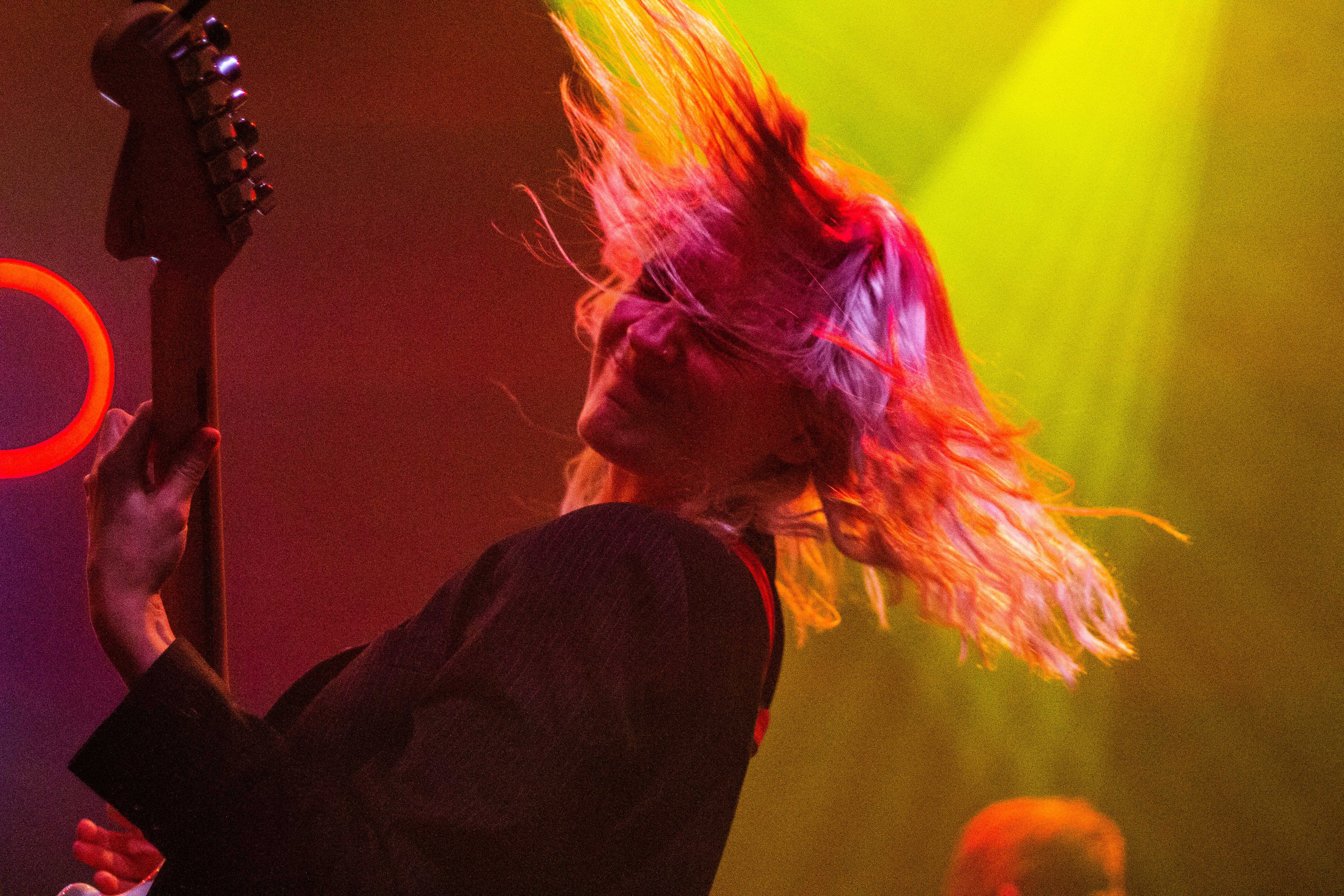 As I was ushered into the Gothic Theatre on the night of Nov. 1, Liza Anne greeted me with a soft smile and a handshake. Her warm, inviting presence made the bitter chill from outside immediately melt away.

In the background, we could hear Sun June doing their soundcheck on stage. Liza and I scoured for a place to conduct the interview, settling on the bright red coat-check room near the front of the venue. We sat down and started discussing her music, specifically, the song “Panic Attack” when it became apparent that this coat check room was not going to cut it. We left the room, searching for a new, quiet spot when Liza had an idea.

“How about the bathroom?” she asked me.

Having no prior experience interviewing someone in a bathroom, I had no objections.

Opening the door to the one stall bathroom, we were bombarded with fuchsia walls. Apparently, this venue is keen on bright colors.

Liza plopped down on the bathroom floor, I followed suit and the interview was ready to officially begin.

We began by discussing her process of writing songs, especially when her last album, Fine But Dying, was heavily focused on her anxiety disorder.

“I really just want to keep writing what I’m proud of” said Anne. Her process is based on what she is feeling at the moment. She expressed that each album could not be created without the one before, since each new album is a learning process, shaped by past experiences and lessons.

“Playing [the song] Panic Attack is actually a release,” she said, especially in comparison to her new song, “Devotion” which is a more upbeat than her prior music. “Panic Attack was a way for me to show my friends and family what I was going through.”

Anne has been struggling with panic attacks for a while and has been able to control them easier through the cathartic energy of writing and performing music.

“It’s hard to deal with [anxiety] because the answer is really to just let people in, but I’m such an introvert,” Anne said.

Creating music that helps others understand the nature of mental health and how to support those who are struggling is a large part of why Liza Anne wrote Fine But Dying.

By putting herself and her own struggles out in the open, Anne has been able to explain the feelings of anxiety to a broad audience, making it so that everyone can understand.

During her show that night, Anne shared some wisdom with the audience: “When you give yourself space in this world, you make space for other people.”

Liza Anne is a beacon of light in not just the world of music, but in the world in general.

You can listen to more of Liza Anne’s music here or catch her live on one of her upcoming tour dates:

November 9th – Indianapolis, IN (The HiFi)

(Side note: For those wondering what kind of noodle Liza Anne would be, she would be a filled shell pasta.)