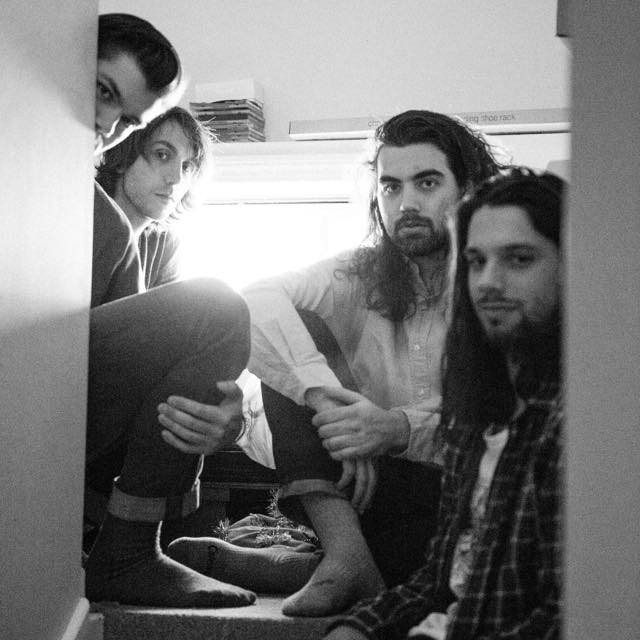 Austin Getz greeted me with a wide smile on his face as I walked into the cavernous Summit Music Hall in Denver, Colorado.  The 24-year-old Virginia native has a lot to be smiling about now-a-days, considering he is behind one of the more well received records of the year, Turnover’s Good Nature. Good Nature has undoubtedly brought the band to a new level. The record peaked at number 79 on the Billboard top 200 and they have enjoyed what Getz considered to be a mostly well attended string of shows on their current tour supporting the album.

For Getz, Good Nature represents a maturation in life that began during the writing and recording of their 2015 release, Peripheral Vision. Getz vaguely elaborated that, “A lot of things just changed. Being in my early twenties was a part of it, your mind reformats in that period, and on top of that my life was changing alongside of it, so everything was in hyper drive,” but for Getz these changes were positive. He sees Good Nature as a reflection of those changes and hopes that they create the same for others.

Evidence of these changes is omnipresent throughout Good Nature, both lyrically and instrumentally. Songs like the album’s opener, “Supernatural”, feature Getz gently singing lyrics that discuss this positivity with lines like, “I could try but I can’t explain how I do, I just know it’s something supernatural and I’m feeling super natural.”

Instrumentally, Good Nature casts an almost dream like spell over its listener. The record is a perfect marriage of glossy guitars and dreamy riffs. The antithesis to Peripheral Vision, Good Nature paints a sonic picture of enjoying a day outdoors on the beach, or in the red woods much like it’s namesake.

You can listen to our interview in the link below.

Good Nature is out now and can be purchased here.