So you think you know The Beatles? Paul McCartney’s pod review

This week on "The Mastercast," Marie Tanksley reviews the podcast "Paul McCartney: Inside the Songs," which is available for a limited time.

Hey pod lovers. If you’re joining us for the first time: Welcome! “The Mastercast” is a podcast recommendation show that

Okay pod lovers if you’ve listened to earlier episodes you know this is the part where I usually tell you what we’re going to cover during the show, but I’ve got great news. I’m actually changing the show’s format just a bit.

You’re still getting non-spoiler, binge-worthy reviews of the best podcasts in a short and sweet 2-3 minute summary of everything you could want to know, from the number of hosts to on average how long you can expect each episode to be.

But instead of seven reviews monthly, you can now expect one review every Monday. This review will be my top recommendation for the week. You can find the week’s other reviews on the show’s social on Instagram @themastercast and Twitter @mastercastpods.

Anyway, now that little announcement is out of the way, let’s get to this week’s review which is …

“Paul McCartney: Inside the Songs”

Did you know The Beatles’ song “Yesterday” (widely regarded as one of the greatest pop songs ever written) shares history with Doctor Who? How about who the woman behind the song “Eleanor Rigby” really is?

For the first time, master storyteller Paul McCartney relives what was really happening when he wrote some of the most popular songs of the 20th century, and nothing is left on the table. Drugs, love and the band’s breakup are just a few things covered in these candid, short-form, off-script narratives produced by BBC Radio 4 in promotion of McCartney’s upcoming book, “The Lyrics.”

I’m not even the biggest fan of The Beatles, but I adored this podcast from a music history perspective and appreciated the unique look into the making of 10 famous songs by the group.

Apple Podcasts has 4.5 stars, 12 ratings, and only 1 written review, which I can’t believe! It’s also only available for one year from its original air date, which was October 25, 2021. Let’s hope the Internet Archives squirrels this gem away for generations to come.

The script is done in the style of some of my favorite podcasts; the interview questions either don’t exist or have been edited out. It leaves a seamless recount that gives context to the culture and history of the time.

All episodes were released the same day and are ready for you to listen. You can listen all the way through within an hour because the length of each one is only 4-9 minutes. I was amazed at how captivating each could be at such a short length.

No commercials and surprisingly almost no music, with only a few clips of each song used throughout the series.

Trigger warning drug use and murder.

Similar Pods: “I am the EggPod,” “Like a Version” and “Dissect”

All right, guys, that’s all for this week, but remember if you want to see the cover art, sources or the written transcript for this episode, be sure to check out the show notes or KCSUFM.com. There you can tell us if you have music you would like played on the show or submit a podcast to be recommended. You can also send us an email at thmastercastpodlist@gmail.com.

This week’s music comes from Tonguebyte, a band from Aurora, Colorado, that crosses genres of punk, jazz and alternative rock. The song featured was “Hot Vodka,” and I thought it went really well with this week’s musical podcast. For more from them, you can find them on Instagram @tonguebyteoffical or on any major music platform. Their contact will also be in the show notes. If you have the opportunity to see them live, they’re a must-see. Really cool group of people.

Remember to show the show with the pod lovers in your life and tune in next Monday. Thanks for listening! 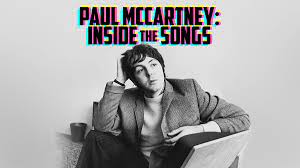