The 2021 CSU football season in review: Highs and lows 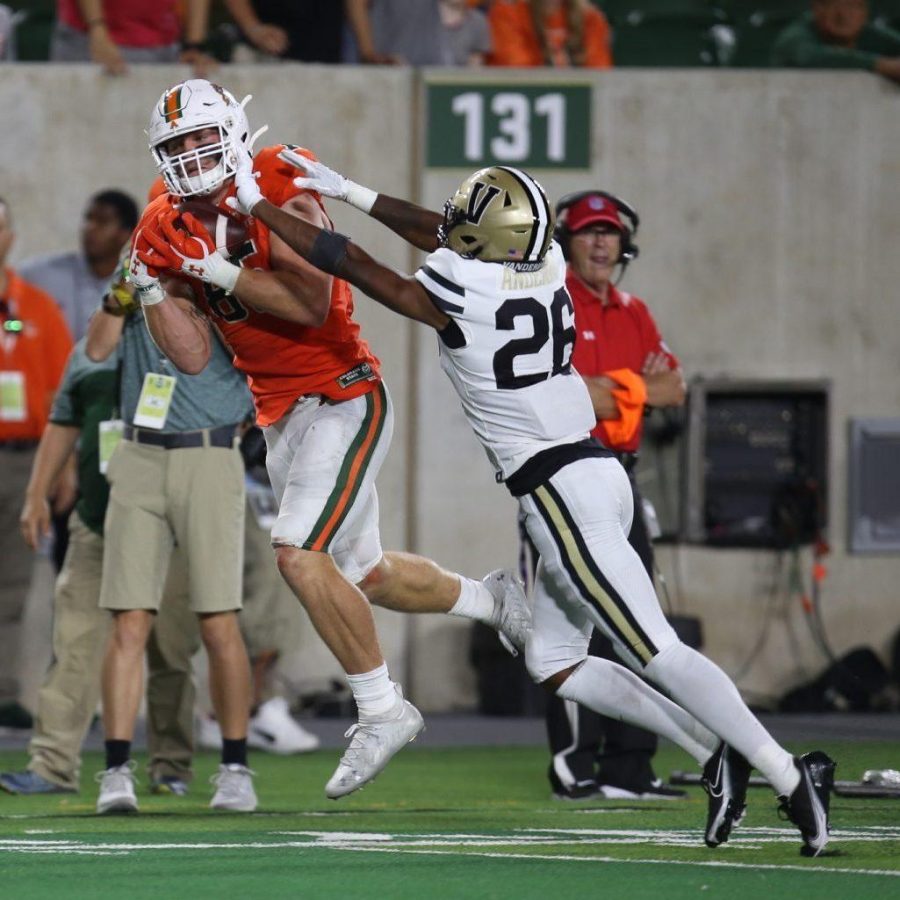 The Colorado State University Football team’s 2021 regular season officially came to a close on Saturday after CSU suffered a blowout loss against University of Nevada, Reno on Senior Night. With the 12-week season all wrapped up and the Mountain West bowl game about to take place this Saturday, December 4, let’s take a look at CSU’s season.

CSU played its first and second games in Fort Collins facing off first against South Dakota State University and then against Vanderbilt University, which were both hard-fought games to the end. CSU lost the first game, 23-42. The team was held scoreless in the first before scoring a touchdown and a field goal in the second.

Before the fourth quarter started, CSU was down 35-10. With 12 minutes and 53 seconds left in the fourth quarter, Todd Centeio completed an 11-yard pass to David Bailey, Bailey’s second touchdown of the game, to lessen the gap to 19 points. A South Dakota State University touchdown put SDSU out of reach, as a failed two-point conversion and then another CSU touchdown would only get CSU to 23 points.

The September 18 game against the University of Toledo would be CSU’s first win of the season thanks to an impressive 132-yard game from Bailey and a 109-yard game for CSU’s tight end, Trey McBride. In the game, Cayden Camper had five field goals as well as an extra point after Thomas Pannunzio returned a 70-yard punt for a touchdown. The final score was 22-7 CSU.

CSU kept it close for the first half of the game against the ranked University of Iowa football program before eventually losing out to the Hawkeyes 24-14, putting CSU at a one-and-three record overall.

CSU got its second and third wins on back-to-back weekends against San Jose State University on homecoming weekend and University of New Mexico in Albuquerque.

Against San Jose State University, Camper got the opportunity to kick six field goals, all of which scored, to break Colorado State’s single-game record for made field goals. One of the field goals Camper made came from 53 yards out, a career long for him and an impressive stat for any kicker.

San Jose State scored two touchdowns before the end of the game but still lost to CSU 32-14.

Halfway through the season, the three-win and three-loss Colorado State was looking confident in its future, as the next six games would be all against conference rivals. This proved to be CSU’s downfall.

Boise State University gave CSU its second loss in a row after scoring 18 unanswered points in the third and fourth quarter after CSU got off to a hot start at Canvas Stadium.

The third consecutive loss came from University of Wyoming in Laramie after the Cowboys scored four touchdowns, one in each quarter, to win the game 31-17.

Air Force was next as CSU celebrated Military Appreciation day, complete with a helicopter in the intramural fields, tanks in the parking lots and a flyover before the game. CSU was unable to hold off Air Force’s attack in the first quarter, in which they scored three touchdowns before the 15 minutes were up.

After losing the game 35-21, CSU was off to Hawai’i to face the Rainbow Warriors in one of the hardest-fought games of the season. Centeio had one of the best games in his career; he would pass for 527 total yards, scoring six touchdowns to Cam Butler, Gary Williams, Bailey and Dante Wright. Butler and Williams scored two touchdowns apiece, and Camper added another field goal to his resume in the second quarter. Even after scoring 28 points in the fourth quarter, however, CSU still fell short to the University of Hawai’i at Mānoa 50-45.

CSU then went into their final game of the season against University of Nevada, Reno in a fairly lopsided contest that saw seven touchdowns by Nevada, with two coming in the first, second and fourth quarters each. Meanwhile, Nevada’s defense held CSU to a single touchdown in the third and a field goal in the fourth. After the 52-10 loss, CSU’s season was officially over.

Although the season took a bad turn halfway through, Colorado State still has a lot to be thankful for. With his 154th career reception, McBride broke the record for most career receptions by a Colorado State tight end. Camper, as mentioned above, got the single-season field goal record as well. Ryan Stonehouse collected the record for the highest career punt average in Football Subdivision history, with 11,656 total yards over 244 punts in his career.

Although the end of the season may have been a disappointment for Colorado State and it’s fans, there were still plenty of reasons to make us proud of our football team and excited for a brand new season next year.