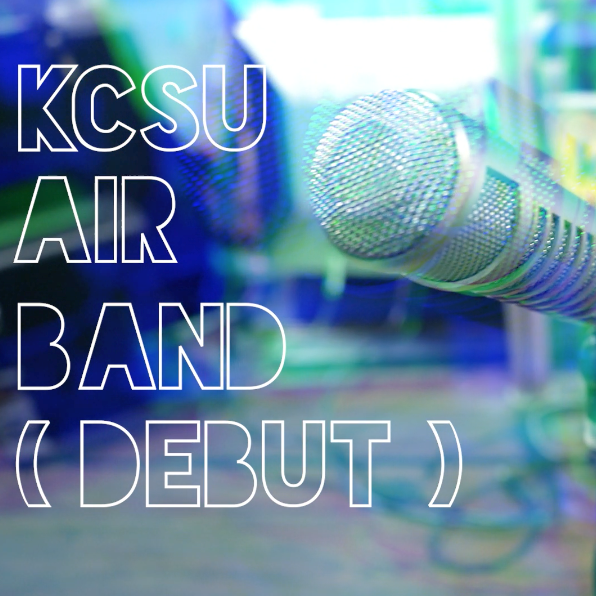 Editor’s Note: This is a satire piece written by KCSU. Names of individuals and publications may be used in a fictitious sense for the purpose of the satire.

Description:KCSU Air Band performs its debut song “Out of Thin Air,” a remix of FirstCom’s “Coming out of the Darkness.”

More information:KCSU Air Band, working on its debut album, recorded one of its first songs in the KCSU on-air studio. Performed live, see our exclusive recording of “Out of Thin Air.”Recording air instruments is an extremely delicate procedure, but this group is well-experienced in the process. Note the care each band member takes in handling their instruments, and the precision of their playing.Although the band is only just beginning, it has received rave reviews. KCSU spoke with Aerial Instraume of The Air Guitar Times about their initial impression of the band.”They have so much confidence,” Instraume said. “And it’s crazy how the music that comes out sounds so unreal.” Their comment resonated with many other viewers. Perhaps it has something to do with the invisible way these particular lengths of soundwaves are produced.Etherial Lambda of the Mulberry Street Journal agreed, “It’s almost like their instruments float through the air.” Although many viewers describe air bands as having floating instruments, the reality is much more complicated. The instruments aren’t floating so much as existing in a separate dimension. It’s a difficult concept to grasp in our three-dimensional minds, but the simplified idea is that there is another kind of wave built out from the three-dimensional waves we know and love. Physics professor Kelvin Inertia explains this concept further.”It’s similar to how lines exist in the first dimension, but when you put them together in different arrangements, they create the second dimension,” Inertia said. “And then if you put together different two-dimensional shapes, you get three-dimensional objects.” He explained how the same concept applies to waves. Different types of three-dimensional waves combine to create these special four-dimensional ones used in air instruments. Air musicians have to carefully combine light, sound and hand waves to play their instruments in a process that takes years to master. This complex relationship between soundwaves, light waves and hand waves results in the unique sound we hear (and see?) in air band performances.Tune in to 90.5 KCSU-FM for the best in air music today only.