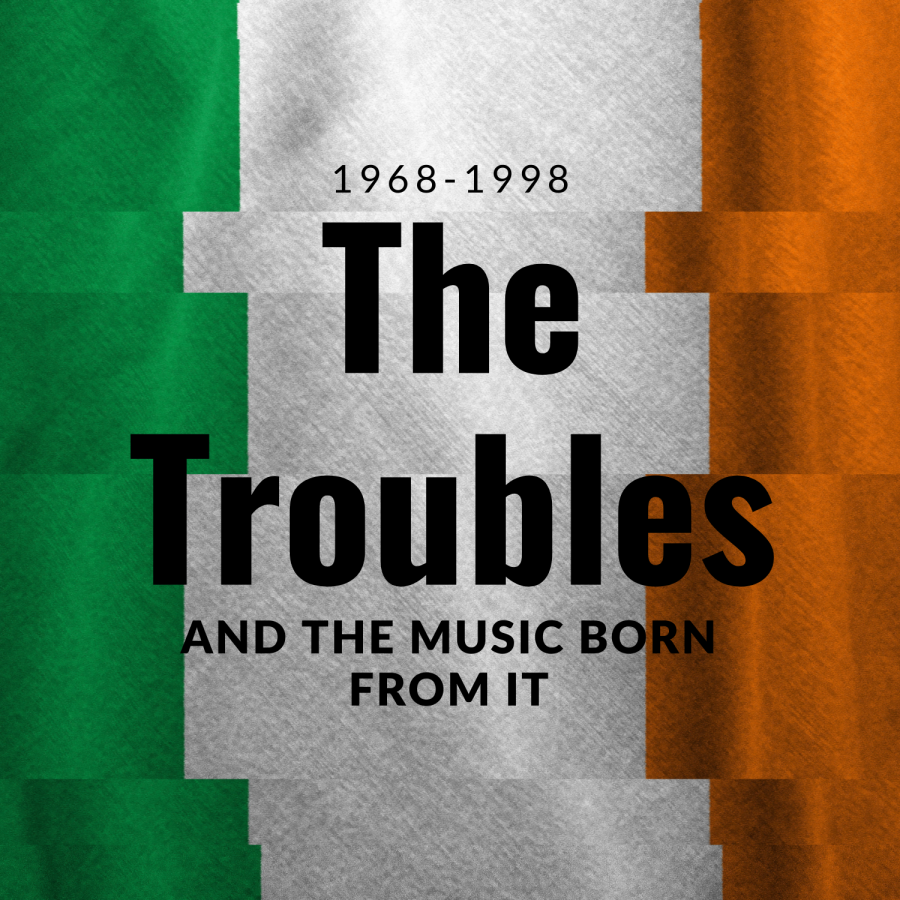 The Troubles were a time of tension for all people living in Northern Ireland.

This period of conflict started in the late 1960s and lasted until the late 1990s. Though not considered a war, 3,532 people died, and thousands were injured. Musicians from Ireland and other countries shared their thoughts through music during different points of the conflict.

One of the most notable events during The Troubles that inspired many songs was Bloody Sunday in Londonderry, Northern Ireland. On January 30, 1972, around 15 thousand people took part in a civil rights march. Troops were deployed to police the march. There were some skirmishes between police and protesters, but the march remained mostly peaceful.

How long must we sing this song?”

At 4:00 p.m. protesters threw stones at soldiers, and the soldiers responded with rubber bullets and tear gas.

At 4:07 p.m. the troops started to arrest protesters.

At 4:10 p.m. 21 soldiers fired live rounds into the crowd, killing 13 people and wounding 15 others. Those killed were all Catholic, furthering the divide between cultural groups and enraging nationalists.

Paul McCartney of The Beatles often stayed away from political music. It was a point of tension between him and fellow Beatle, John Lennon. However, after the events of Bloody Sunday, Paul and Linda McCartney wrote “Give Ireland Back to the Irish” in support of Northern Ireland being unified with Ireland.

The song was released by his band, Wings, and they faced backlash immediately. The song was even banned in some places. Though the song wasn’t well-received by certain groups, he felt it important to share his disappointment with the events of Bloody Sunday.

Other notable bands would cover Bloody Sunday as time went on. U2 is a band from Ireland, fronted by Bono. The band, formed in 1976, released “Sunday Bloody Sunday” about the events of Bloody Sunday in 1983, 11 years after the event.

Bono has said that the song was important to them, as it was their home that was affected by the violence that day. This song is one of the most well-known songs about the event and details their exhaustion at the fighting in Northern Ireland.

Much of the imagery of the song focuses on the victims of the conflict, many of them children and teenagers. A lot of the anger comes from the length of The Troubles with seemingly no solution in sight. Bono’s lyrics echo in the listener’s ear, “How long must we sing this song?” People in Northern Ireland were asking the same thing when this song was released, with the conflict still going on after almost 15 years.

(‘The Town I Loved So Well’) was a song that could be sung by either side to mourn their losses.”

Other notable events during The Troubles were the Irish Republican Army Warrington Bombings. On March 20, 1993, two boys ages 3 and 12 were killed when bombs hidden in trash bins went off. This bombing injured 54 others. The Provisional IRA issued a statement acknowledging their involvement with the bombing.

The Cranberries, another Irish band, wrote their song “Zombie” about the IRA Warrington Bombings. The song voiced anger toward the death of the children.

The song was another cry of frustration about the unresolved conflict and the continued violence. The song was popular in Irish culture and important to Unionists, who were most impacted by the IRA bombings. It was important to many to have an influential Irish band speak out on the events.

Maybe the hardest thing to find during the troubles was any form of unity between the Nationalists and Unionists. “The Town I Loved So Well” by The Dubliners was one of the few songs that didn’t have a distinct leaning one way or the other toward Unionists or Republicans. It was a song that could be sung by either side to mourn their losses.

It is considered a love song for the town of Derry and a hope for the end of conflict. The song did not assign blame and gave people hope for unity.

Though there are still tensions in Northern Ireland, the period referred to as The Troubles ended on April 10, 1998. Known as the Good Friday Agreement, the Unionists and Nationalists signed a treaty to stop the violence.

The agreement resulted in a new government that shared power between the two groups. Northern Ireland is still a part of the United Kingdom, and some groups still work to change that, but the conflict in Northern Ireland is no longer as violent as it once was. The music created during this period will live on as a time capsule for The Troubles.

Stephanie Kiel can be reached at programming@kcsufm.com.