CSU basketball teams pick up momentum for a hopeful season 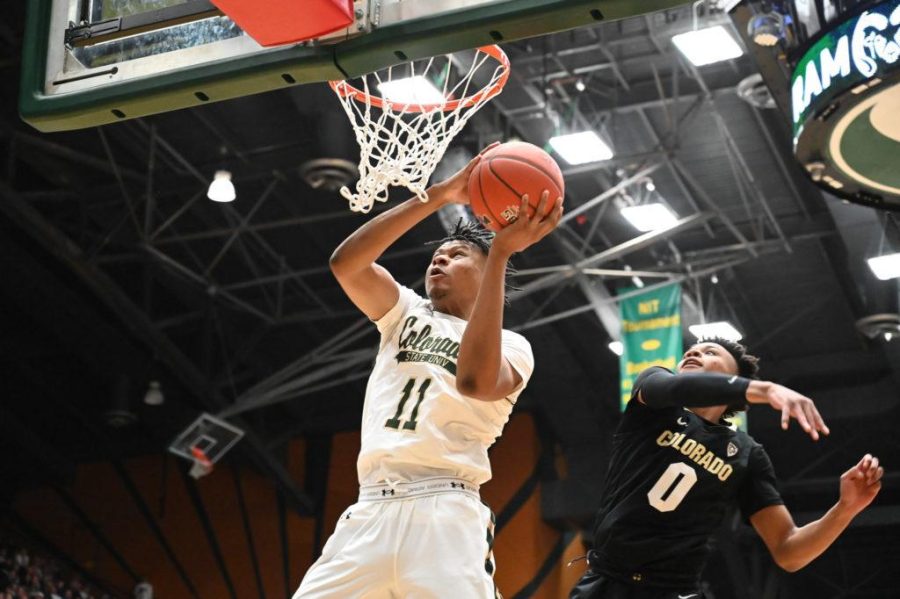 Dischon Thomas takes a shot against a University of Colorado defender December 13. (Luke Bourland | The Collegian)

Dischon Thomas takes a shot against a University of Colorado defender December 13. (Luke Bourland | The Collegian)

In what has been a season without fans, the Niko Medved-led Colorado State men’s basketball team has not struggled to gain momentum, winning 12 of their first 15 games for the program’s best start since the 2014-15 season.

Led by a tandem of sophomores in David Roddy and Isaiah Stevens, the Rams’ offense has been explosive, averaging 75.7 points per game in Mountain West play. The offense has been paced by Stevens, who is averaging 15.4 points and 6.5 assists per game. His ability to control the offense from the point guard position has been something the Rams have desperately been missing in prior seasons.

Roddy is a monster down low who can turn a game on its head with shear will power. Roddy has six double-doubles on the season and was instrumental in wins over Boise State University and San Diego State University.

The role players on this team have also been key to the Rams’ success. Kendle Moore, Adam Thistlewood and John Tonje are all averaging better than seven points per game, while James Moors and Dischon Thomas have provided solid minutes at the center position.

The Rams currently sit at 12-3 (9-2), good for third in the Mountain West Conference. With 10 games left in the regular season, the sole focus for this team is to continue winning in order to set themselves up to make the NCAA tournament. The Rams have four more conference series left against Wyoming, New Mexico, Nevada and Air Force. The good news? These four teams have a combined 12-28 record in the Mountain West.

Should the Rams continue to play solid, disciplined basketball, Colorado State could very well be headed to its first NCAA tournament since 2012-13. 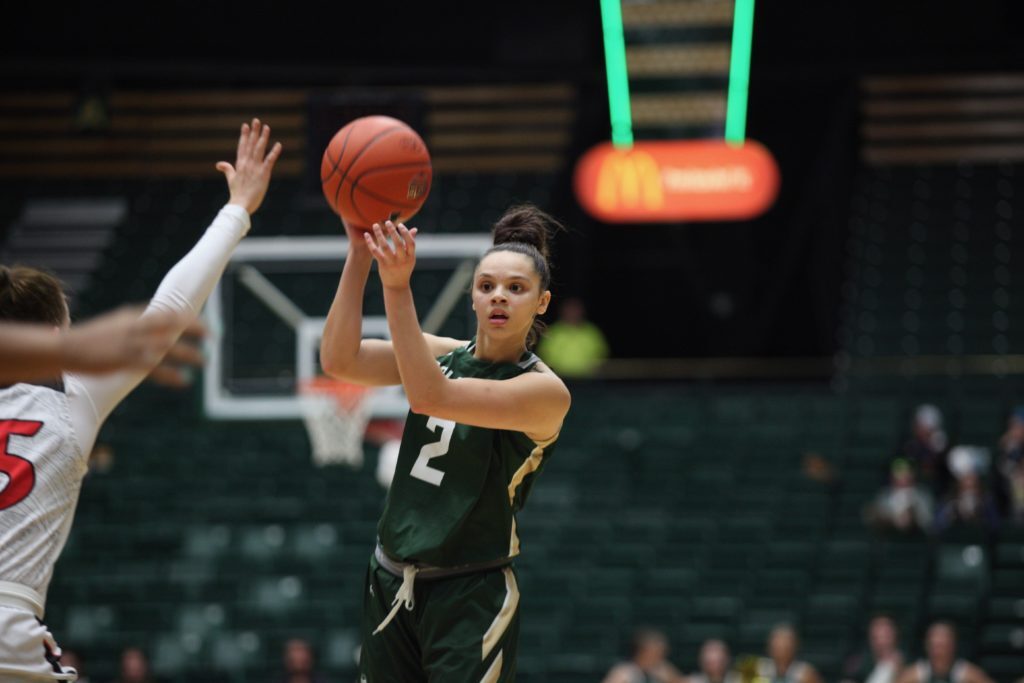 Tori Williams passes the ball February 24. The Rams lost to the Aztecs 64-61 but kept it a close game. (Ryan Schmidt | The Collegian)

Led by head coach Ryun Williams, the Colorado State Lady Rams basketball team has bounced back nicely after a record of 20-40 over the past two seasons. Off to a 12-2 (8-2) start, the Rams are looking to make the NCAA tournament for the third time in the past 19 seasons.

Having won eight of their last nine games, the name of the game for this team has been balance. Five players are averaging nine or more points per game, and it seems like every night there is someone new who steps up.

The catalyst for this offense is guard McKenna Hofschild. Hofschild is averaging 13.4 points per game while knocking down 46.6 percent of her three-point attempts. She adds six assists per game on top of her efficient scoring.

So far, the Rams have looked dominant, winning eight of their games by double digits. Their only two losses have come by a combined eight points. With eight games left in the regular season, coach Williams and his team are looking to put a bow on what would be considered a very successful campaign.

Early projections have the Mountain West being a one-bid league for the NCAA tournament. This means the Rams most likely will have to win the conference to go to the big dance. Exciting basketball is on the way for the Lady Rams.