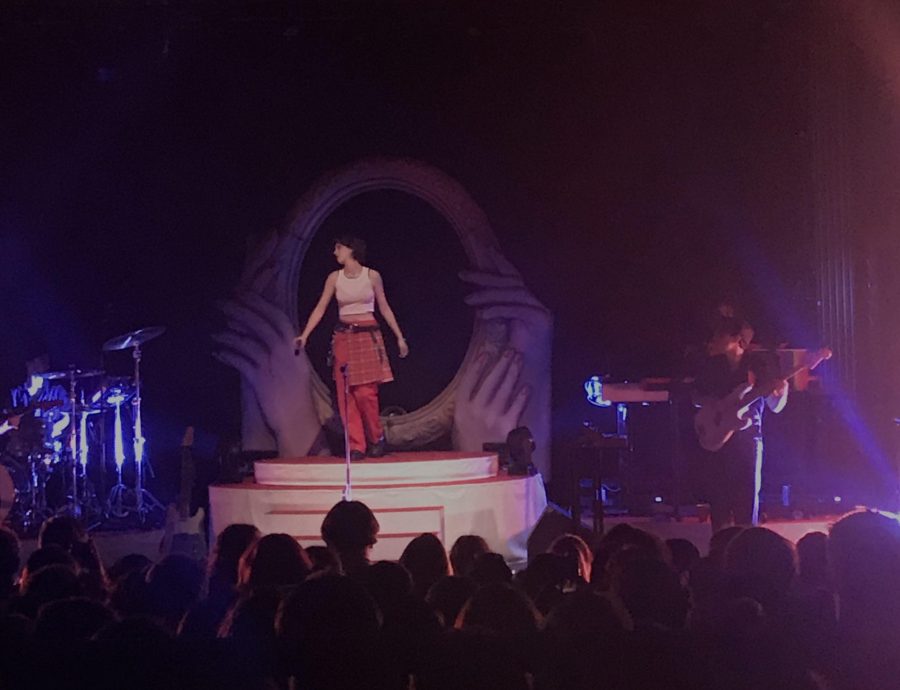 Editor’s note: KCSU does not support Melanie Martinez, their label or their actions.

King Princess is in the process of finishing the second leg of her U.S Tour. On Feb. 2, audiences’ at the Ogden Theatre were greeted by an unusual set of four giant-sized hands holding up what was meant to be a handheld mirror, creating an eyecatching set.

The show, despite featuring an interesting set, promising a variety of openers, and is headlined by an artist with previous experience touring, felt very unorganized, and at times messy.

Without a sign of the advertised opening-performer, the drag queen was met by mixed reviews. They left the stage and returned to say that we had one more performance before seeing “the King herself.”

The advertised opener, for this leg of the tour, was Kilo Kush, who was intended to follow up the drag queen performance. 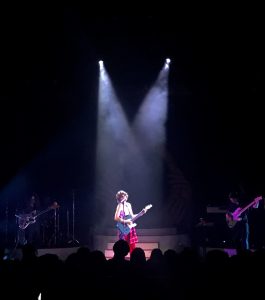 After a long wait, however, another drag queen took the stage and got even more mixed reactions for performing “Sippy Cup,” a song by controversial singer/songwriter Melanie Martinez.

At the show, there was no mention of Kilo performing, and after the second drag queen performance, we were left with a lengthy wait. The wait caused a lot of confusion, but the intermission music worked to keep spirits high in anticipation.

King Princess kicked off her set without holding back, responding with a snarky remark at a fan who asked her to take her shirt off. After performing two songs, she was quick to show off her forward personality, telling the audience member “let’s talk about respect.”

The setlist of the Cheap Queen Tour featured many mini-rants from the politically outspoken and self-proclaimed activist King Princess. Her rants included topics of gay rights, Black History Month and the lack of diversity in the mainstream, finishing one of her longer rants by telling the audience to “read a book.”

Mikaela Straus, aka King Princess, showcased her many talents through her set, moving around singing while playing piano and electric guitar.

The most impressive parts of her setlist were her additions and changes to her major hit songs, “Pussy is God” and “Talia;” in which she ad-libbed some riffs and added extra choruses.

The last song on the setlist, “Hit It From the Back,” saw a return of the drag queen performer the show began with. During the song, both King Princess and the drag queen displayed sexually suggestive dance moves to illustrate the very forward sexual meaning of the song.

After making the crowd go wild, King Princess, along with the drag queen, exited the stage friskily, holding hands, leaving the band to play us into the dark.

The encore included a costume change that featured King wearing leather pants with “KING” written across the front, like the rockstar she aims to be. To add to this rockstar image, King finished the show by throwing her guitar on the ground and stomping on it before fleeing the stage.

King Princess delivered a show for her intended audience/fanbase, which mainly includes people who identify within the LGBTQ+ community. Due to her specific brand/audience, the show may have been considered confusing or very risky for anyone unfamiliar with her persona.

Her unapologetic and outspoken attitude might create waves in the music world, as she preps to open for one of the world’s biggest stars, Harry Styles, in the Fine Line Tour this upcoming summer.