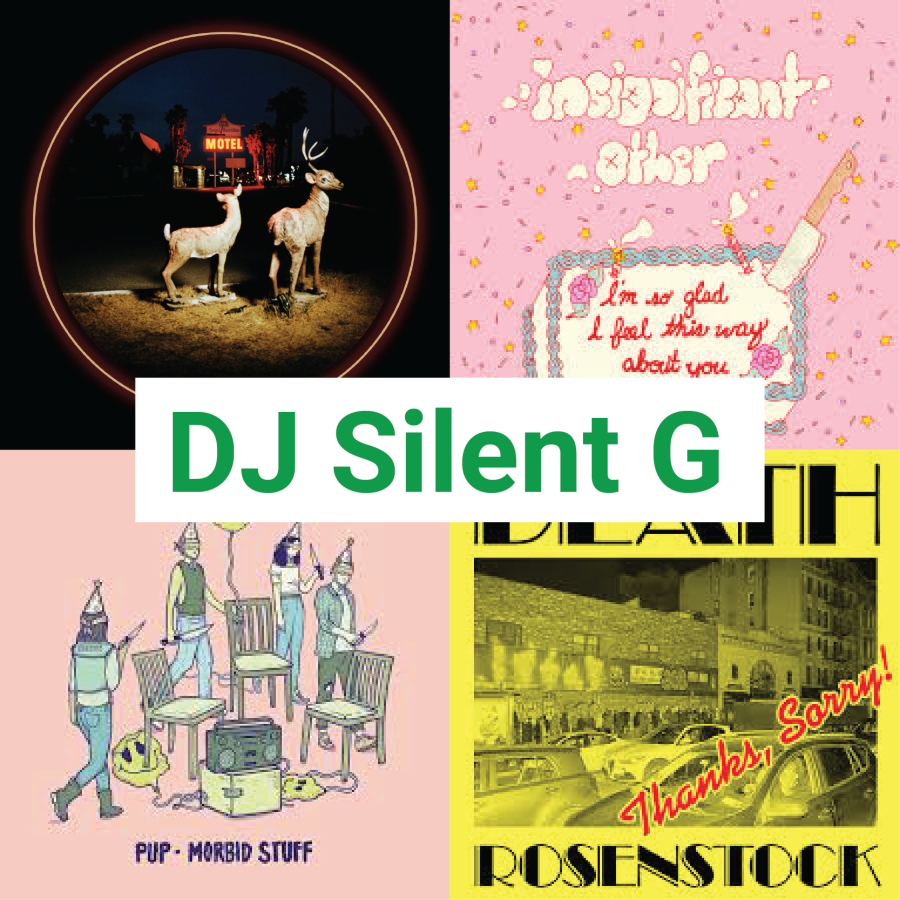 PUP has done it again! I’ve seen them grow as a band since I started listening to them back in 2016 and they raise the bar in every new album they release. Whether angry, sad or happy, “Morbid Stuff” was a necessary part of my 2019. The guys in PUP, like the Menzingers, are a special part of punk for me, they are doing something different and doing it SO WELL. I recommend listening to “See You At Your Funeral” if you’re having a bad day and need to headbang it out.

After seeing the Menzingers play live on Halloween and being able to meet lead singer, Tom May, Hello Exile meant more to me. I absolutely loved every track on the album but my favorite ones were “Strangers Forever,” “Last to Know” and “Portland.” The Menzingers never quit on their creative lyrics while still holding true to who they are. I love, love, love this album. The Menzingers are doing something very special for punk.

I’m aware of the fact that this album is a live album but honestly, I’ve been listening to it constantly because Jeff Rosenstock knows how to produce an album just right. While these were (mostly) songs I’ve already heard before, after throwing in some headphones, I get transported to NYC, in the venue, screaming along with the audience. Listen to hear Jeff joke around on-stage with his bandmates and remind concert-goers about treating others in the crowd correctly in the song “Pash Rash” originally off of the album WORRY.

I discovered this band just in time for them to put out a brand new album that is such a banger. Insignificant Other created such a beautiful album about growing up, leaving people behind and even that lonely feeling you can get late at night. This album really hit me emotionally and I was so glad to hear songs like “heathers” and “don’t @ me devin.” It is emotional but also keeps it light which is refreshing for an indie/emo album.

I discovered this album WAY too late. Heart Attack Man went in a different direction than I was expecting, especially after their most recent split about a year ago which was a lot more pop-sounding. This album is some great punk rock with lots of anger-fueled lyrics that I bet would be the perfect mosh pit material.

I believe this was technically a re-release but I’ve been really obsessed with Fredo Disco’s sound in the last six months. The lyrics were different and particular and reminded me of the lyrics I’ve heard from Modern Baseball. Lead Singer, Fredo Fosco, has fairly whiny vocals but I really appreciated the approachability of his music. Fosco incorporated very relatable 20-something lyrics that remind you how young you are (and can act) sometimes.

Hobo Johnson is a weird dude, but I think that’s why I’m a fan of his music. I have described him as emo rap. His new album is a different, more electronic direction than any of his previous releases. Some of the really sad tracks I got into like, “February 15th,” as well as “Mover Awayer” which became a big hit. I appreciate his sad-boy lyrics and the honesty I believe he puts into every song and this album!

This album, like a lot of what Slaughter Beach, Dog has made, was soft and genuine much like Jake Ewald’s beautiful voice. Probably my favorite tracks off this album would be “Good Ones” and “Heart Attack” because of it being a bit more upbeat. “Safe and Also No Fear” is a great album to soothe you to sleep, which I had done frequently this year.

Free Throw – What’s Past is Prologue

This is an album I didn’t get a chance to really dive into as much as I would’ve liked to, however, every time I did listen I found myself enjoying it a little more and more. With angsty emo lyrics and hard guitars, I knew it would make my top ten. “The Corner’s Dilemma” was the best song off What’s Past is Prologue because of the catchy guitar riffs and the breaks between yelling and the smooth chorus. Cory Castro does an amazing job on this track specifically and I think that’s what made me want to invest more in the album.

HUNNY provided a bop of an album with Yes. Yes. Yes. Yes. Yes. Though I don’t find the lyrics particularly compelling, the musicality is lively and feels very summer-esque. I listen to this album when I want to keep myself in a good mood or if I’m feeling dancey. It’s a great album to let loose too and why it made my top ten!
Honorable Mentions:
Oso Oso – basking in the glow
Macseal – Super Enthusiast
Mike Krol – Power Chords
Pile – Green and Gray