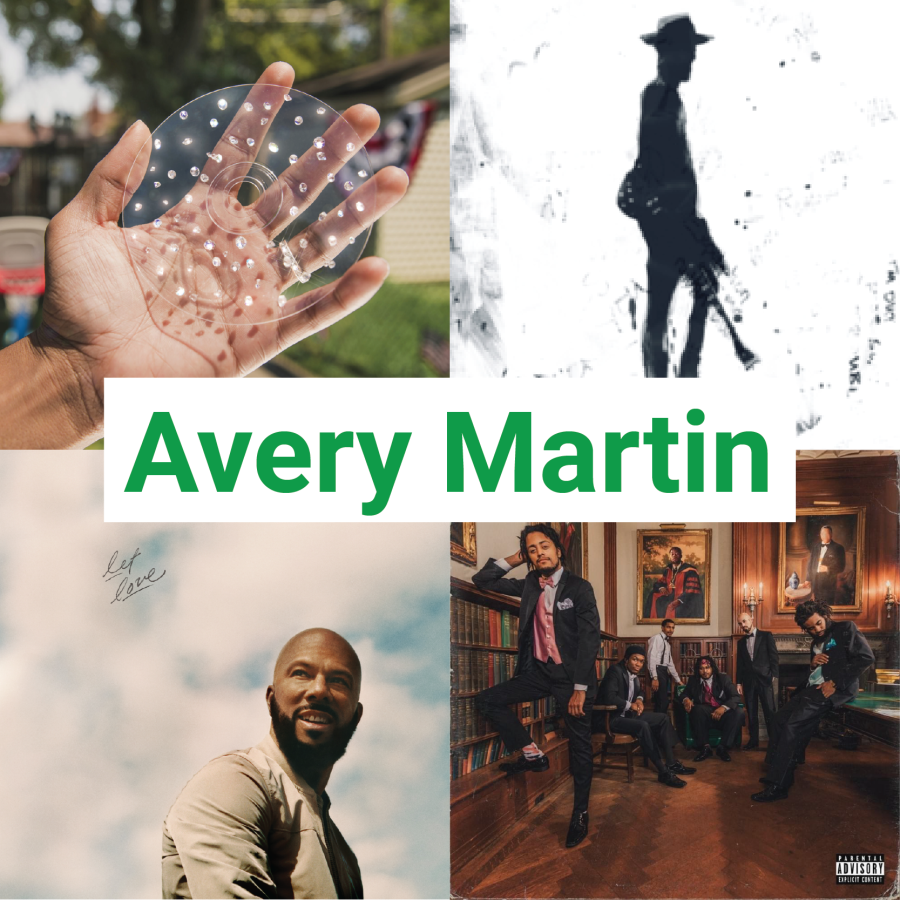 Editor’s note: KCSU does not support Kanye West, his label or his actions.
Pivot Gang | You Can’t Sit With Us

Since Saba’s breakout album “Care For Me”, the Chicago MC and his close family of collaborators have yet to let up. “You Can’t Sit With Us” is an ode to Westside Chicago, late rapper John Walt and Mean Girls – yes, those Mean Girls. The independent crew consisting of MCs Saba, Joseph Chilliams, MfnMelo, Frsh Waters and producers Squeak and Daedae delivered one of the easiest rap albums to listen to this year. From the liquidus beats to each and every rapper’s smooth, melodic rhyming, Pivot Gang put the game on notice while clearly having fun. Though Saba is the most well-known of the collective, the spotlight was shared amongst all of the MCs as well as their features. If there’s one rapper who consistently stole the show with memorable punchlines, it was Joseph Chilliams. You’ll just have to listen to find out.
Favorite track: Colbert

Modern Blues legend Gary Clark Jr. took on 2019 with a slightly newer sound, but his same virtuosic guitar playing and beautifully flawed vocals. Clark is as good as ever on “This Land,” taking listeners on an auditory journey from political action to gratitude and old-fashioned love. There is a bit more synth and less use acoustic instruments in this project, but anything that Gary touches is gold, so I have no complaints about the modernized sound. Also, Gary penned an amazing dedication to his mother with “Pearl Cadillac” where he channels the Purple One himself on the vocals. It’s a tear-jerker in the best way.
Favorite track: Tie | Pearl Cadillac//When I Come Home//Did Dat (Bonus Track)

The most wholesome rapper there is, Common returned to the mic after writing his debut book “Let Love Have the Last Word” with this LP of a similar title. Nearly every track pays homage to a different type of love in Common’s life, be it romantic (“Fancy Free Future Love”), the love he has for his mother (“Forever Your Love”) or his daughter (“Show Me That You Love”). Common never ceases to control the mic with dexterity, so this foray lyrically is no different than his past projects, what’s different is the amount of soul in each track. Since 2007’s Finding Forever, Common’s albums have felt a bit lackluster – Let Love changes that.
Favorite track: Fancy Free Future Love

Chance The Rapper | The Big Day

I’m corny, okay? I enjoy a good love story, okay? Is that such a bad thing?! I want to love my wife too!
On the real, though. Chance’s debut album, “The Big Day,” was a bit of a disappointment for fans of “mixtape” Chance. Many fans of Chance miss his days of rapping about ditching school and doing drugs. Don’t get me wrong, those projects (2012’s 10 Day & 2013’s Acid Rap) were good, great I might add, but I would prefer to hear the maturation of an artist. Chance has matured into a cool dad, maybe even a relatable youth pastor, and I ain’t mad at it. Plus, this man got Shawn Mendez on a track. You’re tellin’ me you’re gonna hate on Shawn Mendez? That’s what I thought.
Favorite track: Handsome (featuring Megan Thee Stallion)
Flying Lotus | Flamagra // Anderson.Paak | Ventura

The only reason I’m lumping these two together is a.) It’s a tie, and b.) the best track on Flying Lotus’ Flamagra features Anderson.Paak. So it only makes sense to have these two share a spot on my list. If you know Flying Lotus, then you would know that “Flamagra” is a project full of Alice Coltrane’s nephew, born Steven Ellison, creating confusing and beautiful compositions as only FlyLo can.
If you know anything about Anderson Paak, you’d know that anything this man’s silky yet strained voice breathes on is bound to be pure bliss. After 2018’s highly anticipated, slightly underwhelming Oxnard, Paak gives the people what they want with Ventura: that soul.
Now, imagine both of these artists on one track, creating a beautiful, soul-searching, silky, confusing composition. That’s what “More” is. Fun fact: I listened to that song for more than 400 minutes this year.
Favorite track of the year: More (Flying Lotus, Anderson.Paak, Thundercat)
Most Honorable Mentions:
Freddie Gibbs & Madlib | Bandana
Kanye West | Jesus is King
Solange | When I Get Home (Specifically Alameda)
Tyler, The Creator | Igor
Toro Y Moi | Outer Peace