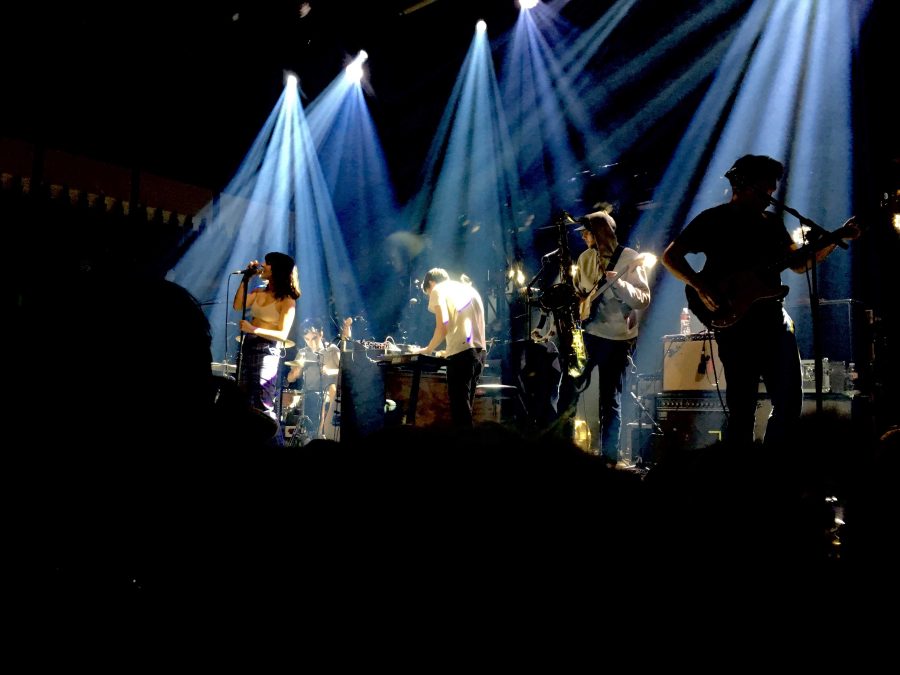 Dynamic is the best word to describe yesterday’s show. Hippo Campus and the Greeting Committee sold out one of Fort Collins’ biggest venues, Washington’s, and gave one of the most energetic performances I’ve seen.

The night started off with The Greeting Committee, an indie-rock band from Kansas City who can only give 110%. They carefully crafted the setlist to do each song justice, which is a difficult thing to do considering how diverse their discography is. Their debut album “This is It”- full of love songs and happiness. Their latest release “I’m Afraid I’m Not Angry”- full of personal introspection and coping. 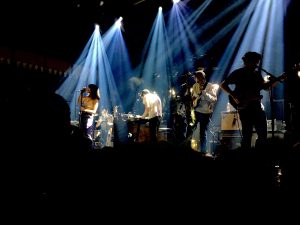 A standout moment of The Greeting Committee’s performance was during “Call Me in the Morning,” a song I can’t listen to without getting goosebumps. Lead singer Addie Sartino boldly urged the crowd to be silent during this song to get its full effect, and it was magical. With only the band moving the sound waves in the room, the intense lyrics of calling the police and questioning the meaning of love penetrated everyone’s hearts.

An experience so wholesome is only possible in the present moment. It was beautiful seeing the band who wrote such a heart-wrenching song give its ideas to the audience. The Greeting Committee ended the set with their biggest songs “Hands Down” and “Don’t Go.” Both of these happy tunes and Sartino’s epic crowd surf were the perfect segue to Hippo Campus’ set.

Without a word, Hippo Campus started their set demanding the audience’s attention. To describe their sound is a real task. Think alternative with a minimal rock aspect, and you might get close, but nonetheless, it’s safe to say they were much appreciated by the audience. The crowd was singing along to every song; a doll ended up on stage, it was a wild time. 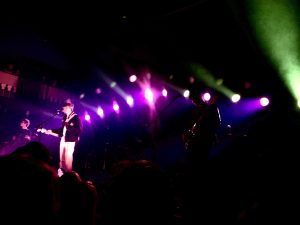 Hippo Campus kept the dynamic theme strong. Each song had a new element for the crowd to go crazy about. Whether it was the trumpet/tambourine player going hard, or a creepy doll being thrown on stage, boring is the last word I’d use to describe the performance. Yes. Someone threw a doll on stage, and Jake Luppen proceeded to cradle it before launching it back to the crowd.

A notable part of the performance, for me at least, was how amazing each member was at singing. Vocals seem to typically be the most variant aspect of a live performance, but each member held their own throughout the set. I didn’t think the crowd could get more energetic, but they demanded an encore. The place went berserk when the band left the stage.

Everybody was chanting for the band to come back, then the stomping started. Washington’s has two levels, and I was on the bottom floor directly below the upstairs seating. The stomping was so intense we actually moved forward to avoid any potential crashes. This was definitely an overreaction, but Brandon Yangmi of The Greeting Committee had a similar experience in his green room below the main floor. He could see the ceiling moving. Insane.

The encore was an obvious success, and Hippo Campus returned to the stage for a few more songs. They ended the set with “Buttercup,” a true bop. Overall, the night was full of good music and exclusive experiences. When else could you help Addie Sartino crowd surf or Jake Luppen cradle a creepy doll?

If you missed this show, you might still be able to catch these amazing bands on tour! They are on tour together for the rest of the year, and you can find out more here or here.