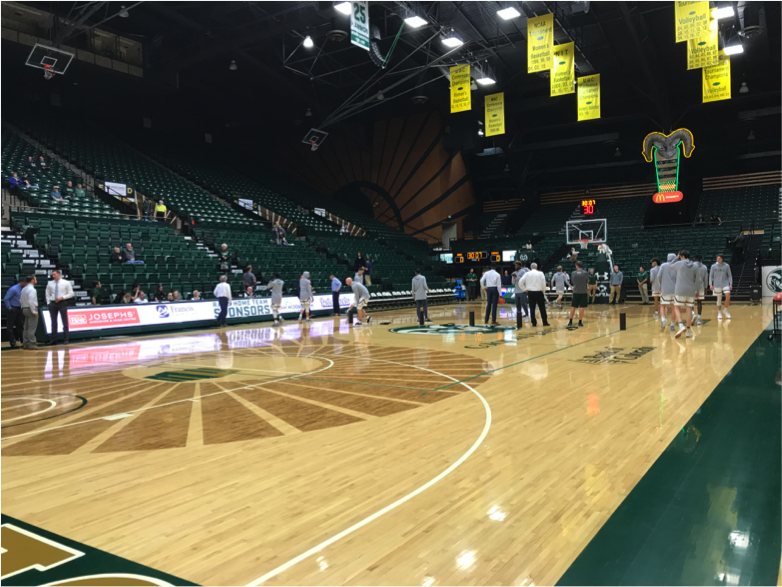 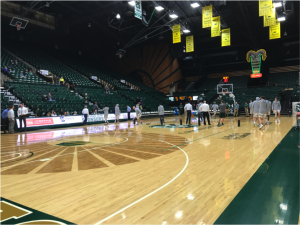 Colorado State University opened up their men’s basketball season under new head coach Niko Medved after the previous head coach Larry Eustachy resigned due to a “climate assessment.” Medved preciously coached at Furman University, Drake University, and was an assistant coach for CSU from 2007-2013. In his first game at the helm, the Rams demolished Colorado Christian University (100-66).

Colorado State got off to a very early lead, as much as (26-3) in the first half. CSU continued to run up the score through fast breaks, 3-pointers and put back baskets. In the end, the Rams shot 52% from the floor as well as (16-31) from beyond the arc.

CSU’s returning senior center Niko Carvacho came into the game resuming the leadership role on the court. Carvacho grabbed 7 offensive rebounds and totaled 15 boards. On Nico’s performance, head coach Medved commented, “He plays as hard as he can. He plays like his hair is on fire.” Nico was not the only one making plays on the offensive side. Freshman guard Kendle Moore got off to a hot start, being the first out of five Rams to reach double digits, finishing the game going 9-11 (4-5) for 26 points. His night was capped by a 3 after an impressive over-the-shoulder pass by guard Robbie Berwick, who led the team with 6 assets on the night.

CSU’s defense contributed to the lopsided victory as well. Starting guard Adam Thistlewood notched 2 steals and the Ram kept the Cougars to just 34% shooting on the night. Colorado Christian only had one player reach double digits under the point column (G Collin Hund – 21 pts). The only cause for concern for the Rams defense came from the 3-point line, allowing CCU to shoot 80% (12-15) from beyond the arc.

On how the night went, head coach Niko Medved had this to say, “I was really impressed with how our guys were ready to play, great focus and great intensity.”