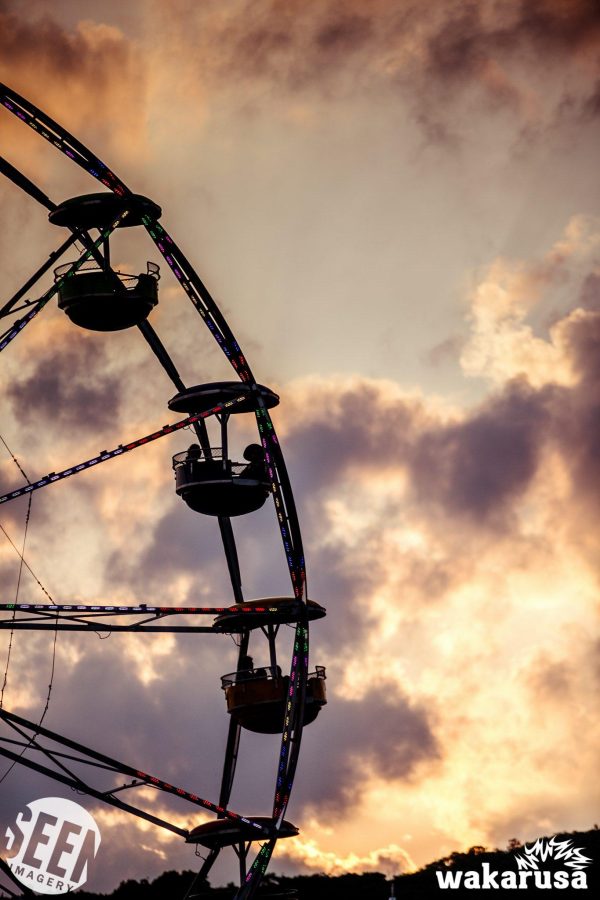 Nestled in the Mulberry Mountains near University of Arkansas in progressive Fayetteville, Wakarusa attracts people from all backgrounds; trust fund college students, flower children of the 60s, rednecks, jam band enthusiasts and everyone in-between. Succeeding a year full of muddy delays, clement weather created a perfect setting to house a festival full of inspiration and gratitude. Wakarusa fosters interaction and connection through the artists’ messages, workshops, and the 30,000 “co-creators” that attend.

But when it does come to the music, Wakarusa 2014 did not disappoint. This year’s line-up featured acts for everyone: John Butler Trio, The Flaming Lips, STS9, and Michael Franti and the Spearheads. Colorado’s own, The String Cheese Incident, headlined Saturday evening with a psychedelic three-hour set. A staggering amount of people paraded from Colorado. The Colorado flag was as much of a staple symbol as the BASSNECTAR symbol, who gave his all on a late night set. He, along with many others, thanked the crowd for the honor to play Waka. Edward Sharpe and the Magnetic Zeros’s front man, Alexander Ebert, made a solo appearance after Jade Castrino was confirmed to have been asked not to attended the North American tour. Nahko and Medicine for the People came out on fire. After killing a press conference and two intimate performances, its safe to say the five-member band, who converses about a simpler way of life, walked away from the festival with many new fans.

Sad you missed some of Waka’s lineup? Here is when you can catch them in town!

Nahko and Medicine for the People @ ARISE Festival, August 8-10

The Revivalists @ The Bluebird, August 29-30