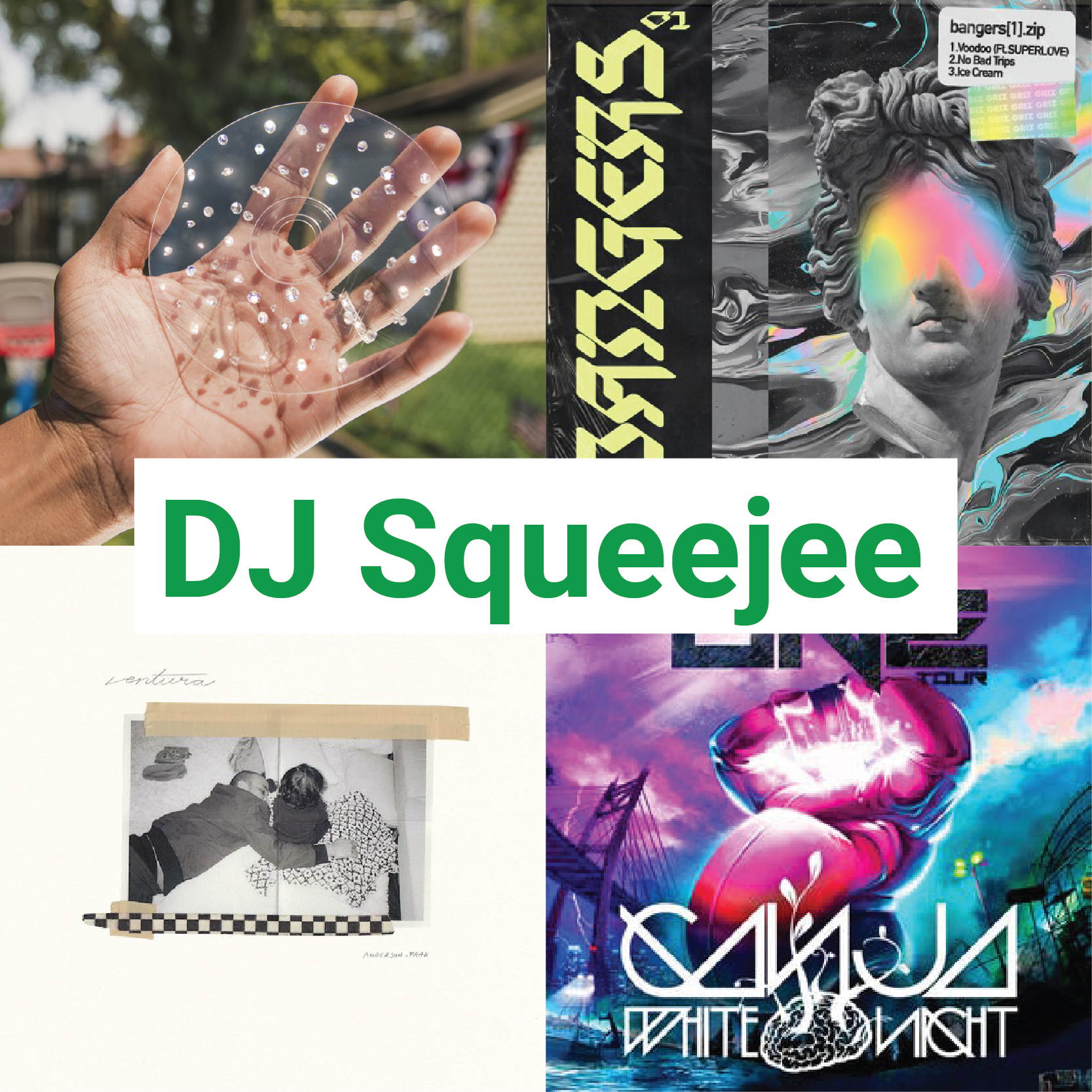 Griz is always a safe bet for groovy, instrument driven EDM. His four EP series, Bangerz, is no exception, but rather, the perfection of this. Spanning a few different styles, Griz really takes the time to experiment with his own sound. The resulting tracks all feel like him, but with more electronic confidence. Heavier drops than usual are a given, but Griz also highlights new editing techniques and well-timed pauses, like in his most popular song yet, “Griztronics”, or another “Push The Vibe”. What really makes the series my favorite new music of the year is what makes Griz great in the first place: beautiful instrumentation remixed into thoughtful EDM. If you like to dance, the Bangerz EP collection is a must listen!

The One – Ganja White Knight

Ok, so I like EDM. This album makes it to number two on my list because it is straight-up hype music. Not a single slow, or un-harmonious song included. The music feels well-planned out, with a variety of feels and sounds meant to energize the listener. GWK also likes to include his own sense of humor in his music. Whether it’s the drop of his song “Call Me Mister Fix It”, where he shouts the same phrase, or how every other track on the album is named after… well, ganja. This feels like a deeply personal EDM album, and while there’s very little content lyrically, there is a sense that Ganja White Knight is baring his own soul. The music is at times unusual, but fascinating and beautiful.

Anderson Paak only gets better and better over time. From his releases as NXWorries until now, he’s fully come into his voice and artistry. “Ventura” is the perfect example of this, following up his last album “Oxnard”. “Oxnard” was a balance between political music and love music, but “Ventura” knows Paak’s strengths lie in love. Flexing between confidence and remorse, Paak really expresses how love moves him, both in joy and pain. Songs like “Winner’s Circle” show off his tough-guy side, while songs like “Come Home”, “What Can We Do” and “Make It Better” explain that Paak isn’t the perfect lover, but he’s trying. This is an album about loving love, which is something Anderson Paak does in spades.

The Big day – Chance The Rapper

Chance has had a wild career so far. The son of an Obama-Era secret service agent, and a member of one of the most involved families in Hip-Hop, it would be entirely possible for Chance to fall out of touch with what people want to hear (much like his mentor, Kanye). Instead, Chance throws caution to the wind and sings about whatever he wants. In this massive album, he spans rap, electronic and even rock sounds, and has more than 20 tracks. This album will still be relevant in 30 years, so better listen now!

You’ve probably never heard of Denver-based rapper Deris. After all, his first album just dropped this year. An acclaimed Soundcloud alumnus, Deris’ first foray into producing full albums is full of catchy hooks, dope beats and clever twists. The wordplay is sublime (Green Bay, cause I’m a G), and the beats are fun and balance between heavy and hi-fi. The content of the music is thoughtful, and often a commentary on Deris’ life, but he’s not trying to be too serious. He has tracks like “Cruela Deville” in which he laments how women treat him differently now that he’s a rapper, but still keeps things light with a sample of the 101 Dalmations villain’s trademark laugh. His voice is confident, and his music well made. “Cold Nights” is worth listening to before he drops his next album “Dizzy” next year because this way you can say you heard him before he was big!

Chronologic – Caravan Palace
Blow Me (single) – The Used
When We All Fall Asleep, Where Do We Go? – Billie Eilish
War Music – Refused
Sight – Pick a Piper