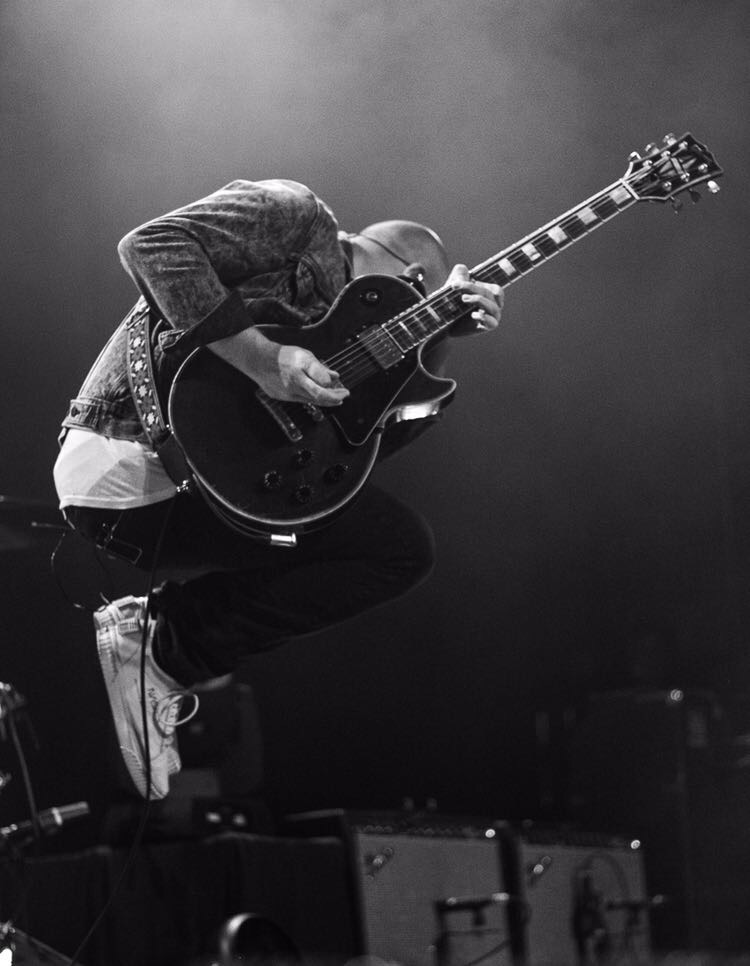 A mosh pit is most people’s nightmare; for me, it is a happiness-inducing stress-reliever that requires a good, cold shower afterward.

Philadelphia based band, The Menzingers, always have a crowd ready to mosh with the best. Their Halloween show in St. Louis at Delmar Hall was certainly no exception.

The best part of any show by the Menzingers is the sheer amount of energy. For almost an hour and a half, including their encore, the band shouted lyrics from songs like “America (You’re Freaking Me Out)” and “Anna,” both off of their newest album Hello Exile.

This album is a perfect follow-up to their previous album, After the Party which came out in 2017, going in a direction for the Philly band. People in the crowd shouted and moshed along to the new songs, already knowing all the words by heart, despite the album only having been out for about a month.

The band has been moving toward a lighter, more approachable punk rock sound. Their shift in sound did not affect anyone’s ability to get down in the pit. They have not sacrificed the innovative and emotionally driven lyrics, it still fits with the musicality of the hard bassline and provoking crashes of the cymbals that gets people up and dancing.

After I had migrated to the mosh pit, they began playing “Strangers Forever.” The audience was hyped-up and bouncing around, moshing back and forth while scream-singing the chorus.

In the mosh pit, a fight broke out between two guys, one of whom was accused of inappropriately touching a woman in the crowd. The people surrounding the accused man began yelling to notify bouncers he should be removed.

One of the singers from the Menzingers, Tom May, told him to get out of the pit and go “grab some water,” at which time a bouncer pointed the guy in question out. I didn’t actually see if he was escorted from the venue, but the aura in the pit did lighten. Trying to get back into the music was a struggle because the threat of violence or even unwarranted advances temporarily felt imminent.

A man in the crowd tapped me on the shoulder and asked me to switch places with him because he said he didn’t trust a specific guy behind him. While that didn’t aid in relieving my anxiety, it did make me feel as though someone was looking out for me.

It’s strange to feel safe in a mosh pit because mosh pits can be stereotyped as blindly violent and misbehavior-ridden. However, I felt at the Menzingers show that 99% of the people around me did care for each other’s well being.

I’ve seen the Menzingers live three times, and this show was the first show I’ve seen any sort of violence at. The response by the band and the crowd to the accused harasser was reassuring.

May didn’t have to kneel down and ask the bouncer if everything was okay, the people in the mosh pit didn’t have to point out the guy that incited the violence, but they did. Not to say that other punk rock bands would promote such actions, but I’m not surprised the Menzingers acted the way they did.

Seeing them play on stage showcases the whole-hearted joy they feel playing live shows brings to them. May was right up front, constantly in motion, with a giant exuberant smile on his face while the crowd sings along to every word of one of their older songs, “Casey.”

The Menzingers have a genuine, approachable nature both on and off stage that is so apparent it can’t help but infect most, if not all, fans. While punk rock gets a bad rep for violence and anarchy, the Menzingers produce a show that reflects the raw talent and passion for a show everyone could enjoy.

Listen to the Menzingers newest album, Hello Exile, anywhere (but especially on KCSU while it’s still in our rotation!)