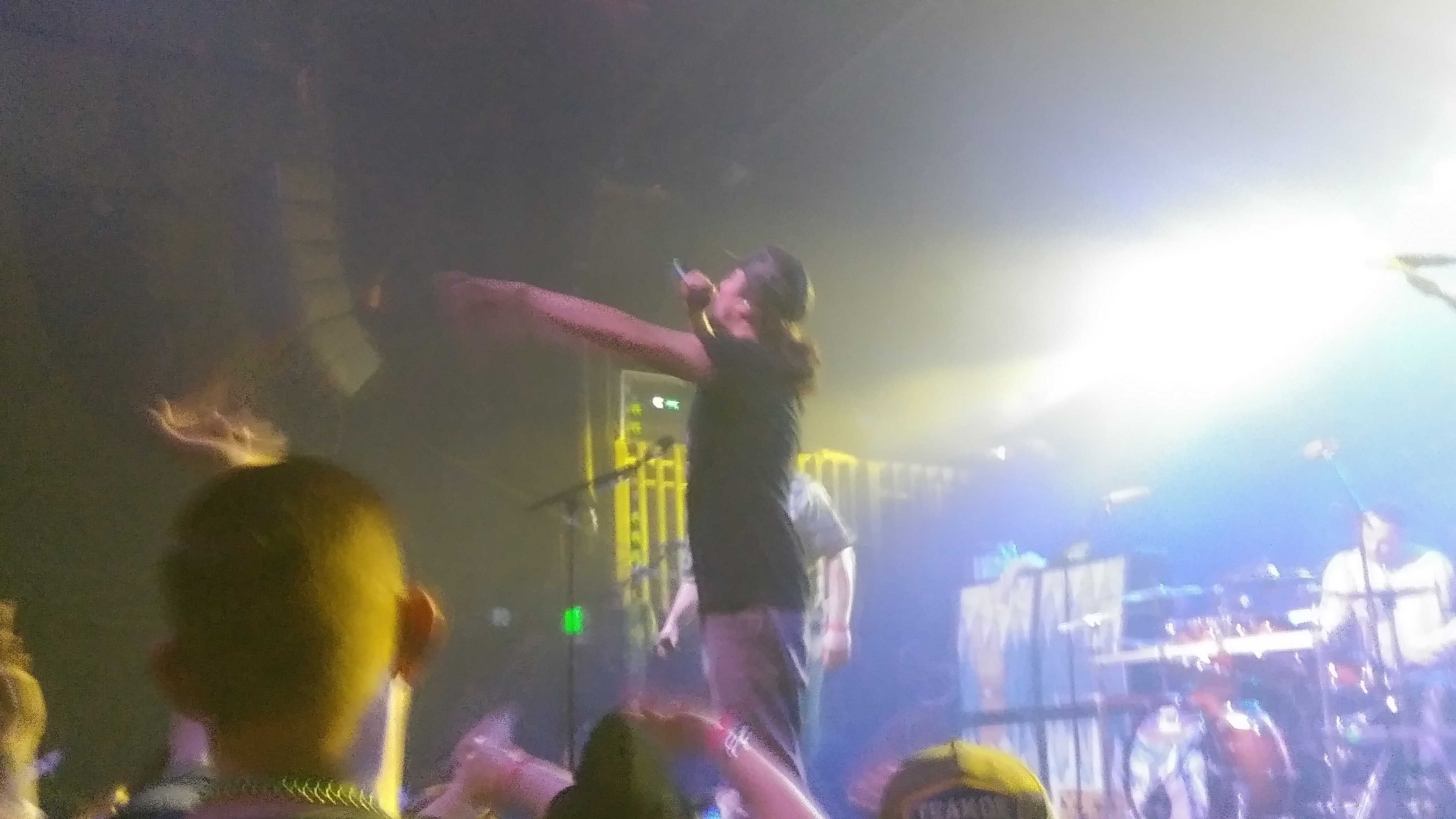 The Expendables concert at the Aggie Theatre in Fort Collins on Saturday began like any other show, but it certainly did not end that way.
The symbiotic sounds of Rock and Reggae bellowing from the doorway made for a welcoming entrance. The Expendables can be seen all over Colorado, and they always put on a good show, but the up-close-and-personal experience, combined with a couple of unexpected encounters, made my night at the Aggie one to remember.
It was a solid show filled with good vibes and great sounds dancing off the drums, guitars, and vocals of P-Nuckle, Kash’d Out, Ballyhoo, and, of course, The Expendables. The sound mix was so crisp that I thought Ballyhoo was lip syncing when they first came on. It didn’t take long to realize that a sound engineer with a good ear was the reason for the great acoustics bouncing around my eardrums, and Ballyhoo was just that good.
They’re song, Walk Away, about ending a bad relationship covers something a lot of people can personally relate too. It was nice to vent through their music.

I never thought that I’d look over and see such an old and beautiful soul-shaking her booty to, Down Down Down, by The Expendables like she was sixteen again.

All the bands put on a rockin’-but-chill show that was a nice stress relief from the daily grind. While there was nothing outrageous like a good guitar smashing or a pyrotechnics show, Geoff Weers, the vocalist for The Expendables kept the audience feeling like they were part of the band. The entire crowd rose up in unison like a Sunday choir to sing along with their hit song, Bowl for Two. This was not a concert that would blow anyone’s mind, but it definitely filled the soul with excitement and a sense of community.
It wasn’t long before everyone found out just how well knit the Reggae/Rock community is, and the vibes that come with it. While everyone’s feet were swaying to the music, so was a ceiling fan directly above me. My friend and I went to grab a beer, and when we came back we saw a commotion and security hurrying away with what looked like a fan.
“Good thing you moved, bro!” a man drunkenly exclaimed. “That fan took a fool out right where you were standing!”
I think a beer saved my life.
As I assessed the situation, I realized it was quickly taken care of and the show continued without a hitch. Word went around that an ambulance was near and took care of the man that was injured. While the crowd was concerned, tensions were low, the music was loud, and the vibe was too positive to let an unfortunate accident spoil the mood. Ballyhoo just kept on playing what they call, “punk rock reggae sex music.” I do hope that man is okay though.
Ceiling fans and chill sounds like Kash’d Out’s, Always Vibin’, weren’t the only things having an impact on the crowd that night. There was an older woman dancing next to me looking like she was having the time of her life. Her name was, Linda. She was celebrating her 71st birthday and was jamming harder than the entire twenty-something crowd packed full of millennial energy. Widowed and alone, but not lonely, she was the perfect illustration that it is never too late to enjoy life, and you’re never too old for good music. I never thought that I’d look over and see such an old and beautiful soul-shaking her booty to, Down Down Down, by The Expendables like she was sixteen again.