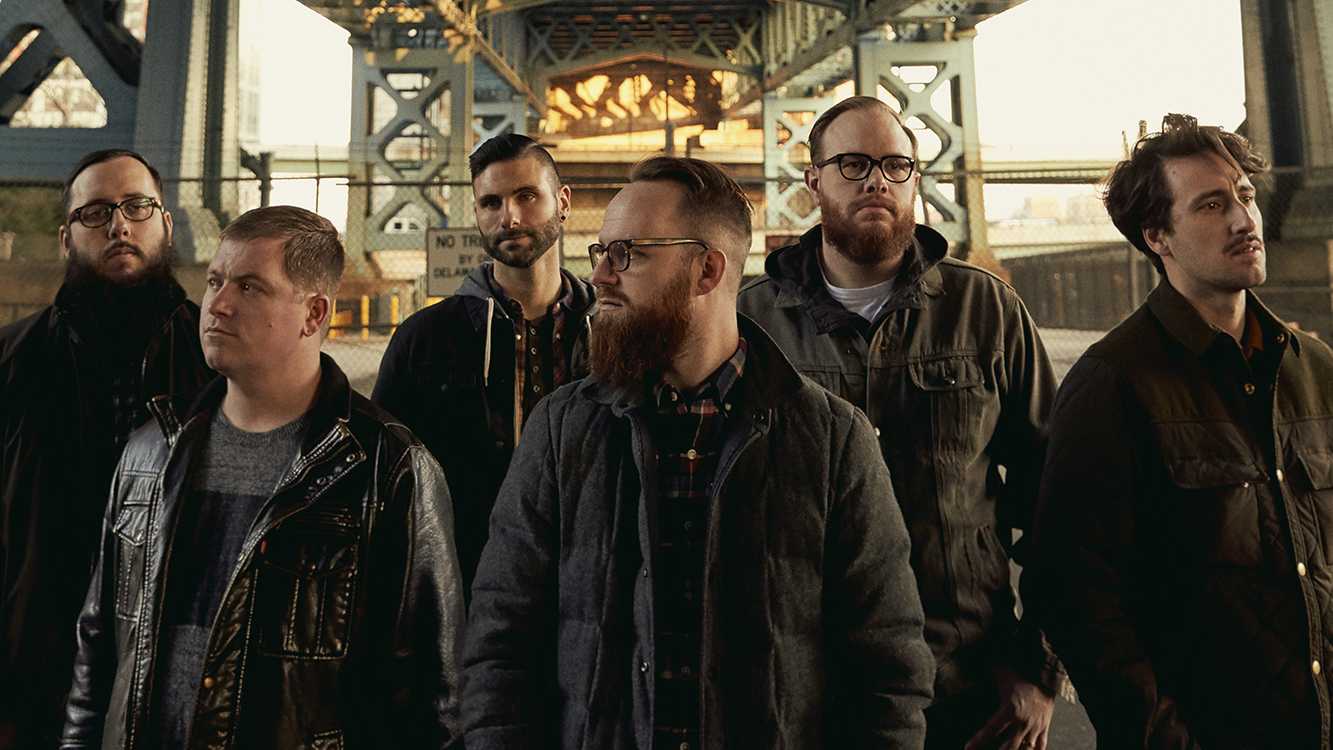 The Wonder Years’ earlier releases contained a sense of raw energy, captured in the depths of suburban Philadelphia and reflected the emo and pop-punk genres disdain for living in suburbia hell. Surrounded by white picket fences and false faces of the community, they found a niche of fans who felt the same feelings towards their hometown. The raw energy of their earlier records like The Upsides and Suburbia I’ve Given You All and Now I’m Nothing reflected in a way that lead singer, Dan Campbell, created and displayed his vocals and lyrics; not quite capturing the standard rock & roll frontman sound. Instead, he created his own style of singing and lyricism that reflects how he truly feels in his own personal struggles with being scared, lonely, and feeling lost. The Wonder Years’ earlier style made them a staple in the world of pop-punk by combining these ideas with cutting, heavy guitar, and drums that backed these ideas.

Jump almost ten years forward to their newest release Sister Cities, and the band’s ethos has grown to a global perspective. Distancing themselves from their pop-punk roots, they created a clearly defined “rock” album with a new sense of depth in every second of their songs. This new profundity reflects their sentiments for experiencing the world while being displaced from their hometown. It’s an album about global connection and the experiences that they needed to share.

Below is a brief interview over the phone with Dan Campbell, you can read through or listen to the interview.

The Wonder Years will be playing at Washingtons on Saturday, November 19th with Have Mercy, Oso Oso, and Shortly.

So this is your second bout of touring on Sister Cities, which I feel like is a large leap away from your previous records you’ve produced. With the record you released a book with a collection of photos and journal entries. I’m curious to get your take on streaming services, especially in the last few years, that eliminate the physical connection of music and the accessories that come with it. What’s your outlook on that?

Well that’s kind of why we went so over the top with the physical product. We knew that a good percentage of the fanbase, or just in music fans in general, that are happy to just have the music at their fingertips. And here it is. It’s cool. I have it, I press play at midnight and boom… The record is there. But there’s still a lot of people who love music and love to have a physical product for music. We learned about it really early on in our career, when we started doing 7’s of our EPs way, way back, like 2008. People were buying these records and I couldn’t believe that all these people had a record player. And sometimes people would say, “I don’t even have a record player, I’m just a fan of music and this is a thing I can collect to show that fandom.” Right? So here is a physical manifestation of the fact that I like this song, in a way that you might collect a baseball card as a physical manifestation of your fandom of baseball. So, we know that there are people who care about the physical product. They like to look through the art. They like to read the lyrics. So we thought that as music moves to more of a digital space, we should make the physical product so engrossing that it feels like you’d be missing out if you didn’t have the opportunity to engage with that product. You can listen to the record on your own and it can tell a story to you, but if you open the book up and you look at the photos and read the journals, you can experience on a whole different level. We wanted to add that option in there for people who really care about physical music.

With the book you went really in-depth with 200 pages of photography and clips from your journal.

Yeah, so it is photos. I shot the European tour, our tour manager Dave shot Latin America, Japan, and Australia. Our touring photographers, Kelly and Mitchell, shot the U.S. and Canada. And Megan at our label shot the studio stuff. So there’s a million photos in there, so many pictures. Along with tour journals, poetry, paintings that our drummer did, scans of artifacts from the songs on the album… I kept the paper crane that I reference in “Raining In Kyoto,” we scanned that in and it’s just on one of the pages. So that kind of stuff.

Speaking of “Raining In Kyoto” and getting into Sister Cities a bit more, I think that song sets an astounding starting point and sets the theme for the entire album. Was that always meant to be the opening track for the record?

No, when you first start writing songs you just gotta get a couple out. Once you start structuring it then you get a feel for what could be an opener. But from the first time that I started thinking of that as an opener, it was perfect to me. Once I got my brain around it, it made a lot of sense.

I think that on this record your voice has certainly grown and matured a lot. It’s changed throughout the years in the band. I was amazed to hear the depth that you’re creating with your vocals. You’re able to bring detailed expression into all of your lyrics. Have you ever been vocally trained or did you just grow into this updated form of singing?

I think the biggest thing we did this time was get a whole set up of in-ears (monitors) for writing, so that I could actually hear myself sing while we were writing the record. Which was not a thing that we had available to us before. So it actually makes a massive difference because I can hear myself. I’ve never been able to hear myself while we write a record before. So it’s basically been that everything has to operate in binary. If I want to sing quiet, there can be no drums. As soon as there are drums, I had to sing as loud as I possibly could to hear myself over the drums. Which put us in a situation where I was either very quiet over very quiet music, or belting at the top of my range over everything else. So technology, honestly, opened up the option for that.

On this tour you’re with Have Mercy, Oso Oso, and Shortly. Each of you covered each other’s songs and put it up on Bandcamp with donations going towards the ACLU. What was the idea around that?

We had done something like that before on a tour, and really enjoyed doing that. I was listening to the Shortly EP and was thinking about how cool the songs were. I knew that this was a tour where we were bringing our three bands and that maybe they are less widely known than some of the bands we’ve brought out on tour with us before. So we thought this was a great opportunity to find ways to get our fans to really engage with their music and find out about their bands. We knew if we covered one of the other bands, that someone was going to go check out that song, then probably go listen to the original, then they would listen to the rest of them. And if every band on the tour did it, then everyone would listen to all of the covers and then start exploring that. So it’s a cool way to get our fans involved in everyone else’s music.

Coming out of the Philly music scene, how have you seen Philadelphia itself evolve and change while the Wonder Years has existed, in respects to the music?

Philly is still almost like it’s an ever-replenishing wave of people who are interested in creating music on their own terms. And that’s the coolest thing about the city. I’ve been saying this for a long time, people ask, “Why do all these bands come out of Philly?” or, “Why does all this interesting shit come out of Philly?” I think the answer for that is because Philly has the opportunity to do DIY in the way that other cities don’t. When you’re in New York and you play music, you’re limited to… There’s not as many opportunities for things like DIY house shows. There’s not as many opportunities to play shows in churches. It’s hard to find rehearsal spaces. But for Philly, the way that the city is laid out, the fact that it’s not, traditionally, a big music town in the sense that there aren’t a lot of gatekeepers… There’s no one that can say, “I don’t like your band. You can’t play my club.” And then you’re like, “Shit, I don’t get to do this. I better homogenize or create something that is going to work in this club.” Everyone’s free to explore whatever it is that they want to do. And then say, “I don’t need to play your club. I’m going to through a show in my basement in West Philly.” And then people will come to that. Philly has always had this attitude that’s like, “I do not need you. I got it. I’m going to figure it out myself.” And I think that’s still true today.

You’ve been able to have some amazing opportunities sprouting from this band. You’ve presented an award for the Alternative Press Music Awards, toured around the globe, and so much more. Is there anything that stands out to you that you never thought would be possible?

Oh man, all of it. All of it. I mean, I’m 32. I’m about to have a baby. I own a house. And all of that is possible because of the music that I’m a part of making. It’s insane. Insane. We didn’t think that we would play a show outside of our town, ya know? It’s just all insane.

Your nickname is “Soupy,” do you have a favorite soup or soup restaurant you go to?

It was Panera Bread’s broccoli-cheddar. But that made me really sick the other day, so I’m going to pull back on that a little bit.