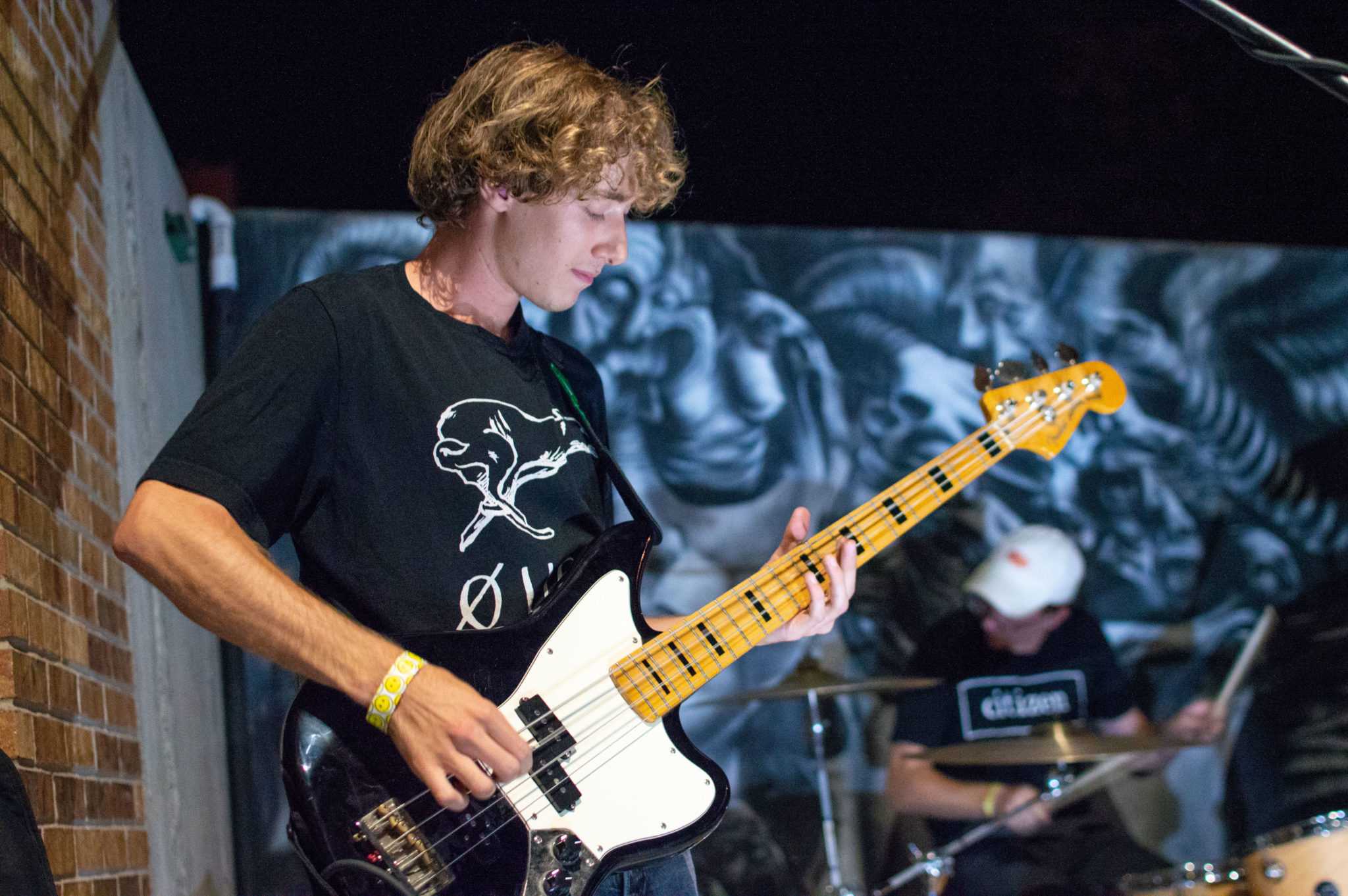 Article and pictures by AJ Frankson

There comes a time for every basement jam band, perhaps in between screaming into the microphone and breaking a string for the 50th time, when someone looks up from their calloused fingers and says “We should make an EP.” Fort Collins local band, Yail, had that moment back in May, when CSU Microbiology student, Jackson Watkins, brought his angsty rock tunes to drummer, Nick Visocky, and together they created the 5 song project Lung Disease and Scarier Things.

“I feel like [the EP] came together too easily,” said Visocky, who is also a criminology student at CSU. “It was perfect. I wouldn’t change anything about it.”

Though Watkins and Visocky wrote, recorded, mixed, and mastered the EP with nothing but raw creativity and expertise, the band also has a third member, bass player Larson Ross, who joined shortly after the EP was recorded.

“We were going to have [someone else] play bass, but he moved, so we asked Larson, a close friend of both mine and Nick’s, to join,” said Watkins.

When asked about the process of creating the EP and band, it was difficult for Watkins to give himself credit.

“I just came to Nick with my songs and poems and let him do what he wanted,” said Watkins. “Nick’s an amazing drummer. They’re not super structured but I think they come together really well mostly because of Nick and Larson.”

And it’s hard to disagree. Part of what makes the EP such a staple for any garage-math rock playlist is the incredible versatility and precision of the drums in every song.

“I’m very particular when I play drums,” said Visocky. “Having Jackson come up to me and give me a lot of freedom with the songs is really cool because when it gets down to the really specific stuff, like pausing for one bar, that’s when it gets fun.”

But the drums alone aren’t what give the album the iconic headbanging feeling that it delivers; Each song has a unique riff or lick that expertly blends math rock sounds with softer indie beats. The variety of moods and consistent change of pace keeps you on your toes, but the steady drums will have you effortlessly headbanging as you listen. The exceptional music is accompanied by passionate lyrics, which adds an interesting scientific touch to the tunes.

“For this band, I’ll write music, and then write lyrics for the music based on a word that I like,” said Watkins. “Most of the words I used in this project were science words, so a lot of the songs are about science.”

It’s hard to find local bands these days with such a unique sound, but the combination of Visocky’s expertise on percussion, and Watkins’ passion for science and skill in creating perfect math rock riffs, Yail is not a band to overlook.

Though I can’t rightly say that they were completely successful, I will admit that I did jump while listening to this album. And I also might have gotten vaccinated shortly after.

You can find Lung Disease and Scary Things on all music streaming platforms.