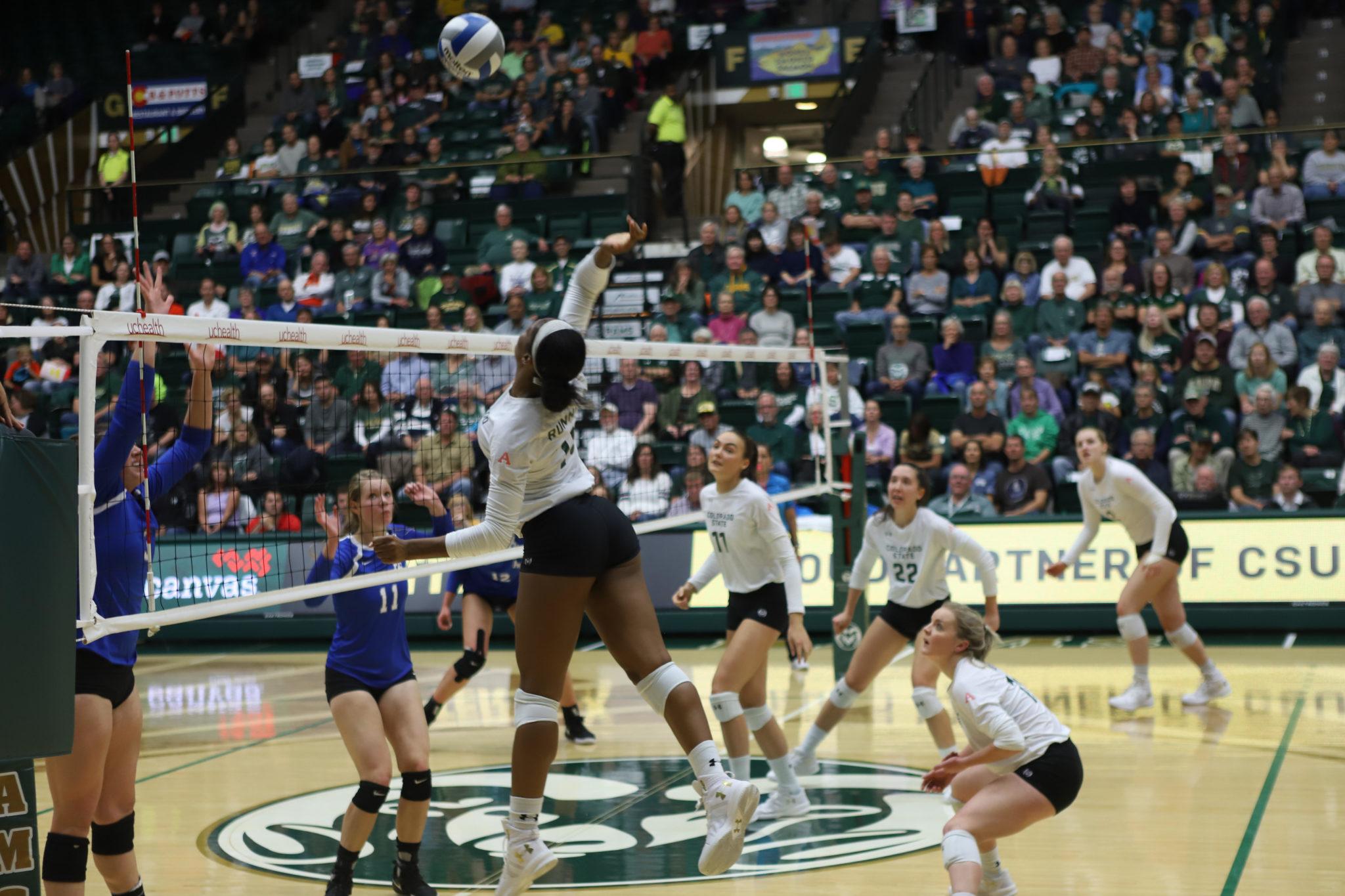 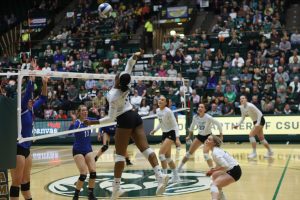 Colorado State traveled to Laramie for an October 2nd matchup of the Border War. Many CSU fans made the trip and filled up about 40% of the crowd. Despite the fan dedication, CSU disappointed and dropped the match by a set score of (3-1). Anyone in attendance would confirm, sets 1 and 2 lived up to expectation and consisted of a back and forth battle resulting in a (1-1) tie. After CSU dropped set one (19-25) and took set two (25-18) the teams switched sides and headed out for an important set three. Wyoming went up early and never let off, and after several different runs of 3, 4, and (5-0) took the set by a score of (25-14). After the demoralizing blow of set three, CSU put up little resistance in set 4 but lost (25-18).

Why was Wyoming so successful? They exploited the number one weakness Colorado State has encountered this year, defending middle blockers. The top three Wyoming attackers Jackie McBride (10 of 20, 1 error), Faith Waitsman (9 of 21, 2 errors), and Reed Copeland (7 of 15, 1 error) were all middle blockers. Copeland, a junior has been a thorn in CSU’s side for a couple years now, but Waitsman and McBride were given additional set-ups by Cori Aafedt due to CSU’s extreme susceptibility to attacks up the middle.

It wasn’t all bad though, Paulina Hougaard-Jensen got hot late and ended the match 15 of 27 with 5 errors, hitting 0.370. Katie Oleksak had two service aces and totaled 46 assists in the match. CSU also had three players total double digit dig numbers: Oleksak, Oliva Nicholson, and Maddie Foutz.

With the bulk of the Mountain West Conference schedule still to play, CSU will definitely look to clean up their game as their hopes to take home another conference championship are still alive.

The stage was set for an epic showdown for Mountain West heavyweights. Air Force was (12-6) while the CSU Rams were (11-6). Both teams have recently lost to Wyoming in Laramie; CSU got beaten handedly in 4 sets, losing by an average of 7 points in their 3 losses. Air Force faired a little better going to all 5 sets vs Wyoming, winning the first 2, before falling in the next 3 sets. CSU was ending a 5-day stretch with 3 games, one in California and one in Wyoming before finally returning home. Air Force was on the road finishing in the CSU’s Moby Arena. Air Force had struggled on the road with just a score of (1-3) while the Rams had a (5-2) record at home. The stage was set for a great showdown.

CSU came out quickly with a kill by Hillyer. She would then go on to have a whopping 7 kills in the first set with a total of 11. While the Rams were rolling, the Air Force was having a tough time getting off the ground, committing 4 service errors in the first half as well as allowing 3 service aces. To make matters even worse star Falcon player Denise Ssozi left the match in the middle of the first set with what appeared to be a pretty serious lower body injury. Ssozi who was averaging just over 3 kills a set, leading the team in kills, while simultaneously being second on the team in digs behind only the defensive specialist Sarah Hellman. Ssozi went down at a score of CSU (21-17). The Rams would go on to win that set (25-18), it would seem the Falcons struggled to find the energy needed to finish off that set without Ssozi.