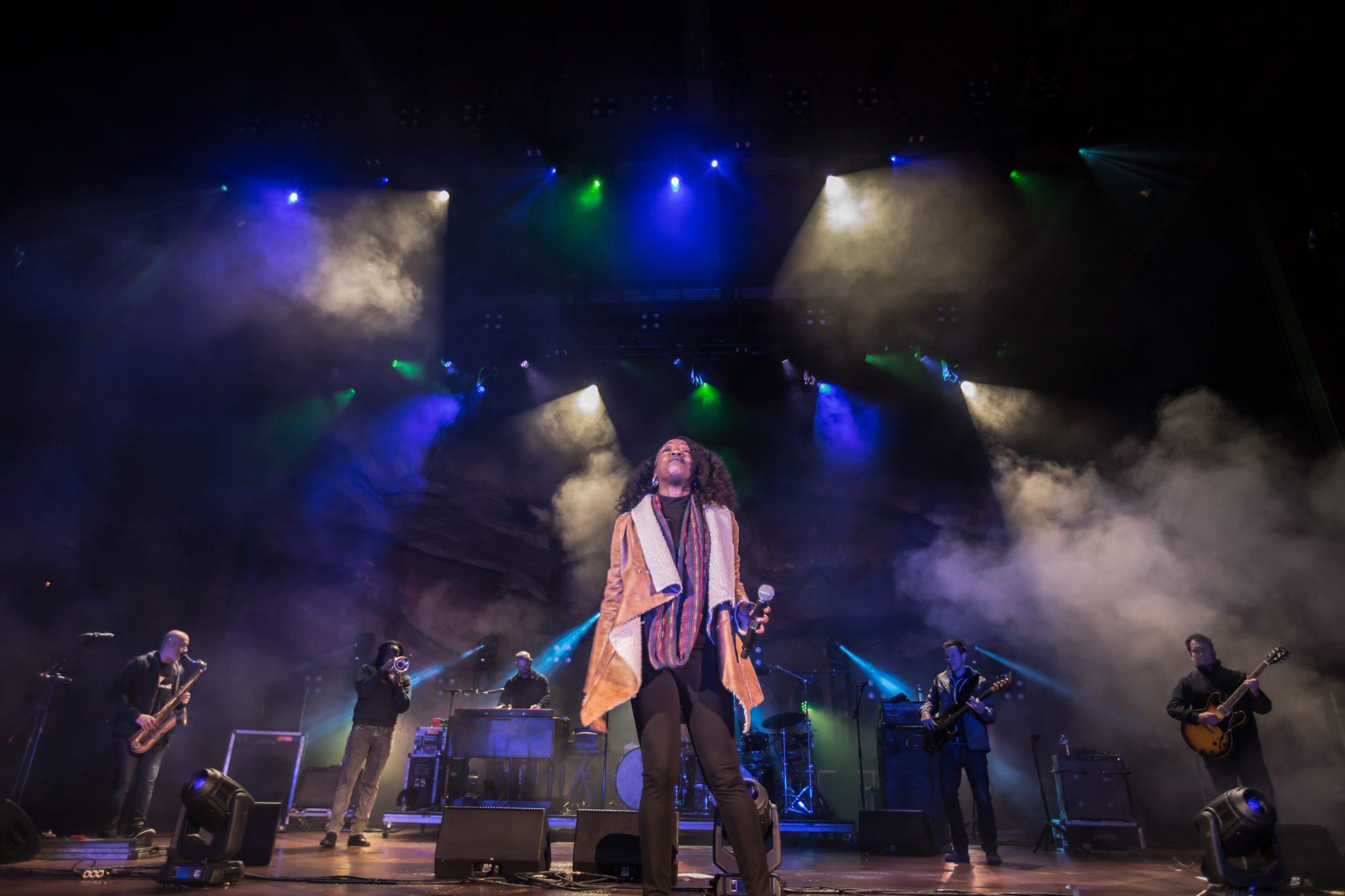 Galactic performed at Red Rocks on Sunday September 24th, 2017 with Pepper, Tribal Seeds, and Fortunate Youth. The event was close to selling out. Galactic Funk is a band that has been around since 1994. Since that time their sound has transformed from funk to a fusion of jazz, funk, and electronic music. They often perform with different singers and this time they had Erica Falls join them for their live set. Members of the band include Jeff Raines (Guitar), Stanton Moore (Drums), Robert Mercurio (Bass), Ben Ellman (Saxophone/Harmonica), Richard Vogel (Keyboards) with guest appearances from Erica Falls (Vocals).