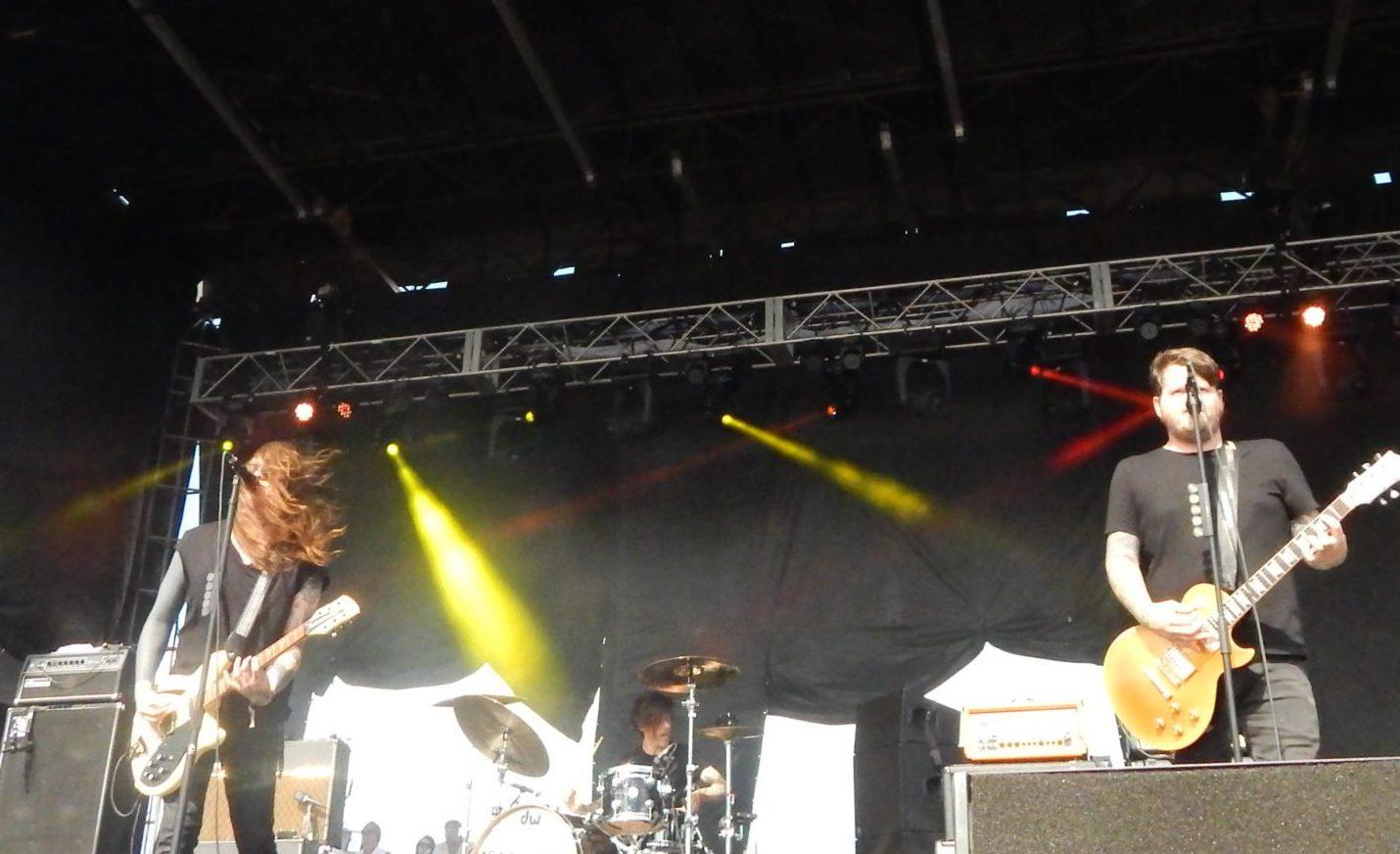 Somewhere below the small cavern of the Aggie Theater, I found myself waiting for Laura Jane Grace and Atom Willard of Against Me! The dim light and cold concrete walls greeted me as I nervously combed over my questions. At last I saw Willard jump down the stairs as Grace followed. Nervously, I greeted them and proceeded with the interview.

For so many others like myself, Against Me! is a gateway band. I still have fond memories of combing through the LP bin at our local record store (now out of business) when I was 10 and finding, Searching For a Former Clarity. That record, and so many others would open up a new world of music, politics, and thought, that would come to influence my teenage years.

After some time away, Against Me! returned with their latest offering, Shape Shift With Me. As Willard notes, while Shape Shift With Me still deals with heavier topics, the record overall was more lighthearted, “Transgender Dysphoria Blues was such a heavy record on so many levels, and though this record still deals with things like a broken heart, musically it had that feeling from the beginning. The ideas she [Laura Jane Grace] brought in, were things that were really fun.”

You can listen to the full interview below.

Shape Shift With Me can be picked up here

*This interview was from April 2016. Some information may be considered old